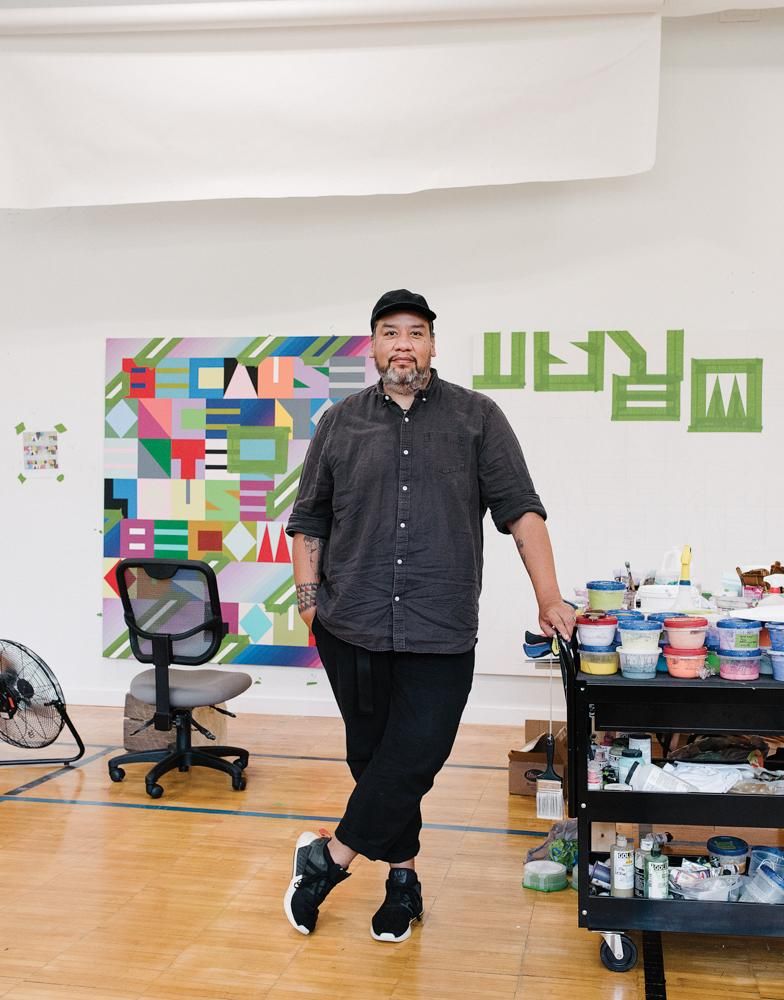 WHEN Jeffrey Gibson’s first show at New York’s Sikkema Jenkins & Co. opens on October 18, it will be the culmination of a banner year. Since last fall, the artist, who’s 46, half Cherokee and a member of the Mississippi Band of Choctaw Indians, has been featured in a series of exhibitions, with group presentations at New York’s Museum of Arts and Design and Arkansas’s Crystal Bridges Museum of American Art, among others, and two major museum solos. His touring midcareer retrospective, Like a Hammer, with the beaded punching bags and geometric abstractions on hide and canvas for which he’s best known, is at the Mississippi Museum of Art until January. This Is the Day, a traveling show that opened in September at Hamilton College’s Wellin Museum of Art in Clinton, New York, includes a performance video and sculptural helmets. 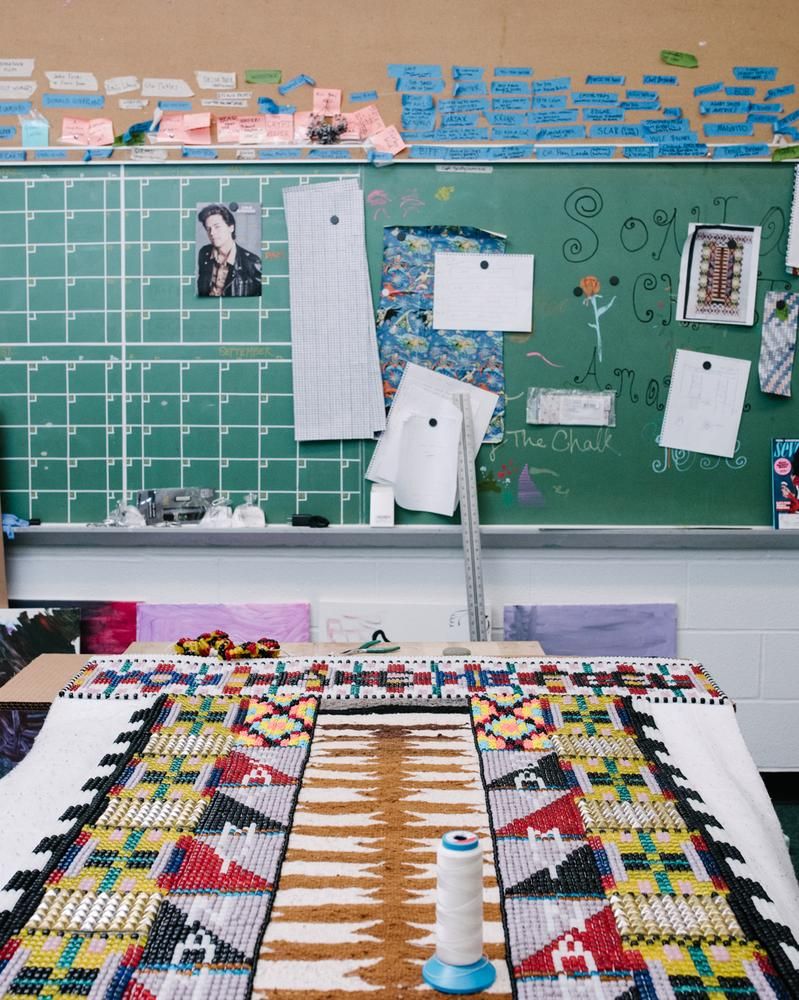 Old chalkboards are the backdrop for one of Gibson’s pieces. PHOTO: JOHN FRANCIS PETERS FOR WSJ. MAGAZINE

At Sikkema Jenkins, Gibson is presenting new work, mostly text-based paintings. Among the pieces are six monumental canvases in beaded frames, bearing phrases associated with Janet Jackson and Grace Jones, and a seven-panel work that reads “I Am a Rainbow Too,” which gives the show its title. 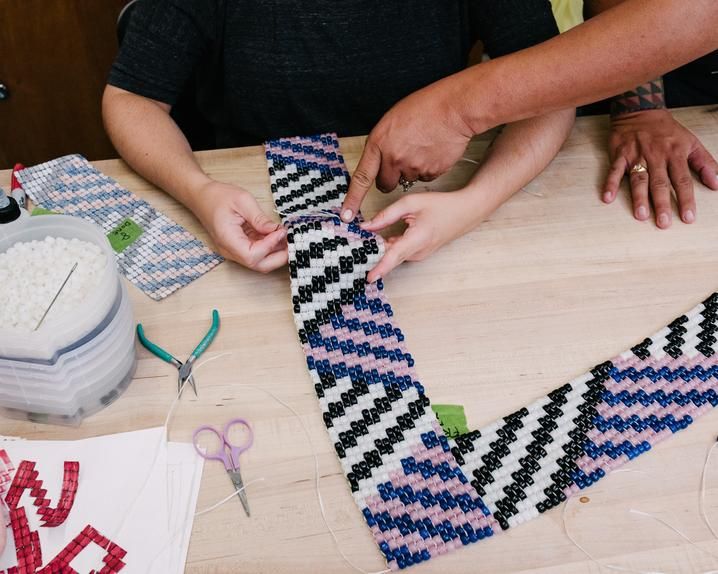 Gibson is based out of a massive Hudson Valley studio, a former public school in Claverack, New York, where he employs about 10 people. “It’s a bit like an atelier,” he says. “We have one room dedicated to sewing and hand work, another to beading, and the gymnasium is where all the painting happens.” Having so much space and a smoothly functioning team, he adds, allows him “to spend more time experimenting.”

The gallery’s directors have watched Gibson’s career take off over the past five years, notes gallery manager Scott Briscoe. “Perhaps [Gibson] takes on too much, but he’s able to understand what he can accomplish,” Briscoe says. “And he always has a calmness about him.” sikkemajenkinsco.com.