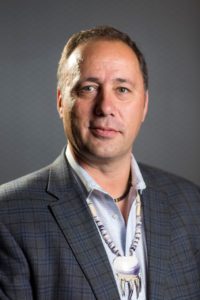 In November, we recognize and celebrate Native American Heritage Month—a month set aside each year with the purpose of recognizing the significant contributions that America’s first peoples have made to the establishment, growth, and prosperity of the United States.

Native American Heritage Month provides an opportunity to learn about our Native American heritage, our perseverance and success, and our efforts to promote our inherent sovereign authorities and cultures despite centuries of federal policies that sought to assimilate and terminate Native peoples.

At the same time, Native American Heritage Month reminds us how far we must go to achieve greater awareness and understanding by all Americans regarding both the history and current relations between America and Tribal Nations. We must move beyond the acceptance of a revisionist history that is short on historical fact and absent the truths that we understand as Native people.

As stated by President Trump in his proclamation of Native American Heritage Month, “My Administration is committed to Tribal sovereignty and self-determination.  A great Nation keeps its word, and this Administration will continue to uphold and defend its responsibilities to American Indians and Alaska Natives.”

For Tribal Nations, we must assert our inherent sovereign authorities and rights in order to provide for the well-being of our citizens and the preservation of our lands; we must create a better 21st century nation-to-nation trust relationship; and we must improve the lives of our citizens, strengthen our economies, protect our cultures and traditions, and preserve the lands and waters, because our Creator has bestowed us with this sacred responsibility.