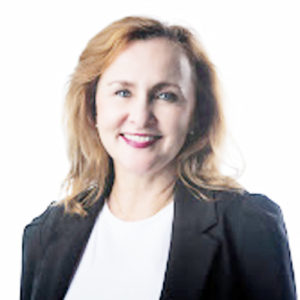 Retirement was only the beginning for Stephanie Agerton who is the Director of the Boys and Girls Club of the Poarch Creek Indians. After teaching school at Pollard-McCall Junior High School for 25 years, she realized she still had time for another career. She drives each day to Poarch as part of her job as director, but she doesn’t mind. “Yes, it’s a little drive, but I don’t mind it at all,” she said. “It gives me time to be still and think.” She has held her current job for seven years and has seen the organization grow from 70 children, ages 4 to 18, to 460 members today in this after school and summer program. There are 88 tribal members, 208 first generation, 84 second generation, 43 are living in a tribal household, 32 are children of tribal administration employees and five are members of another tribe. “The Boys and Girls Club of the Poarch Creek Indians is the only Native American Boys and Girls Club in the State of Alabama,” she said. “We have 53 employees. We transport our members in the afternoons after school from 11 different schools. We also have a Teen Center that averages approximately 30 teens during our summer program and 40 during our after school program.” Agerton is very proud of the program and said that the Indian heritage and culture are being taught. “We have hands-on classes in making jewelry, basket weaving and many other things in the Indian culture.” she said. “Lots of the old-time ways of doing things have been forgotten and we are trying to bring them back.” Agerton was born and raised in Escambia County. She graduated from Flomaton High School and attended Jefferson Davis Community College for two years. She received her bachelors degree from the University of South Alabama, majoring in elementary education. She received her masters degree in elementary education from Auburn University in Montgomery and another masters degree in educational leadership from the University of West Florida. She spent 25 years teaching and coaching basketball, while at the same time buying property and subcontracted labor for the buildings. She also organized a retail business and hair salon. After she retired from teaching, she worked for a couple of years as part time director of the Sav-A-Life Family Resource Center. She is married to Escambia County Probate Judge, Doug Agerton. They live on Foshee Road, attend the Church of the Nazarene and have two sons, James (Jessica) and Brice (Mallory). They also have two grandchildren, Addison and Martin. “I am going to work for a while and when I do retire, we will probably travel and spend time with the grandchildren,” she said.