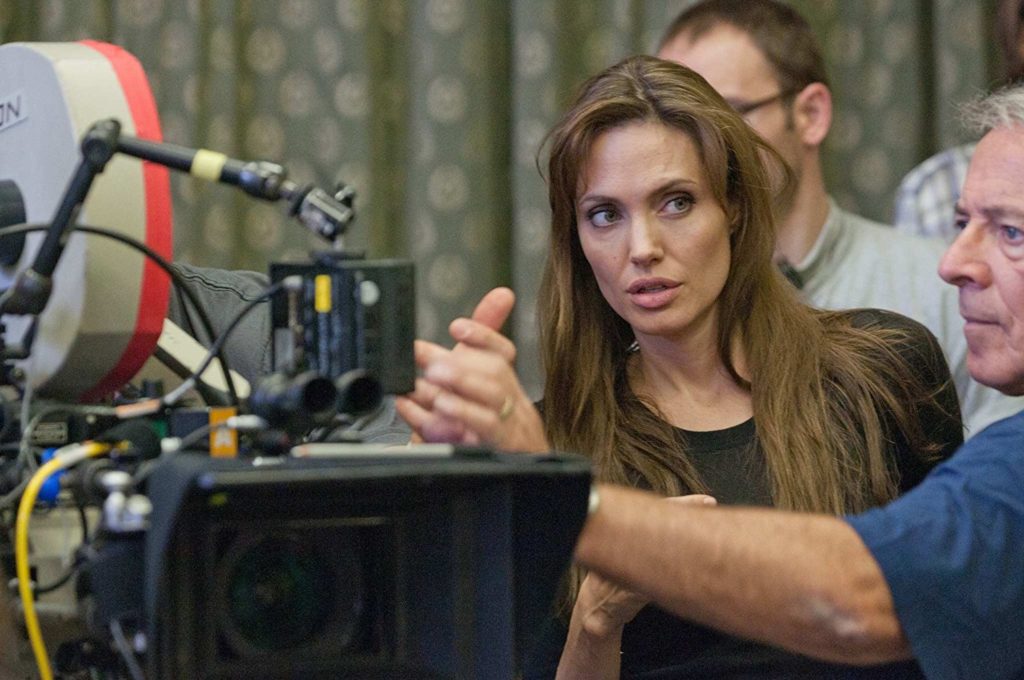 ‘Bright Path’ will be a groundbreaking effort for mainstream Native American representation in the media.

Many of Angelina Jolie‘s professional undertakings are defined by emotional resonance. Her earlier acting projects may have comprised maladjusted young women (her Oscar-winning turn in Girl, Interrupted) or action heroes galore (including Lara Croft: Tomb Raider). However, her later work, especially as a director, speaks volumes to the deep empathy that she hopes to bring to the film industry. Most of Jolie’s filmmaking offerings have shone a spotlight on historical figures and events, sometimes to extremely harrowing degrees. But as evidenced by her latest upcoming project, she still seeks to continue with the practice of championing untold stories.

The Hollywood Reporter has announced that Jolie will produce a biopic based on the life of Olympic gold medalist Jim Thorpe titled Bright Path: The Jim Thorpe Story. This will be the second time that Thorpe’s story will be adapted for the big screen, the first being the Burt Lancaster starrer Jim Thorpe – All-American, which immortalized the athlete on screen in 1951. Thorpe was a notable sportsman in US history, being the first Native-American man to take home a gold medal for his home country — he actually won two in 1912. Thorpe is recognized as one of the most famous multi-sport athletes ever and also had a hand in founding the National Football League, serving as its first president.

Martin Sensmeier (The Magnificent Seven) has been cast as Thorpe in Bright Path, and the film’s original screenplay was written by Abraham Taylor (I Stand: The Guardians of the Water), Alex Nibley (Field of Honor) and Sterlin Harjo (Mekko). While no director is attached yet, Jolie’s involvement already sparks a broader interest in the project while simultaneously maintaining the film’s commitment to authenticity. The obvious humanitarian through-line present in her films works to her favor in this regard.

Jolie’s first feature, a documentary titled A Place in Time, chronicles the daily lives of people living in over two dozen countries simultaneously. Her first fiction feature, In the Land of Blood and Honey, is set during the Bosnian War and told through the lens of a forbidden romance. Jolie then worked on Unbroken and By the Sea, which are notably less focused on broader social commentary, instead, these operating as character studies examining personal struggle and resilience. Jolie’s latest effort, First They Killed My Father, returned her to explicitly political territory focusing on the Khmer Rouge regime.

None of Jolie’s films are necessarily similar to one another in terms of narrative. However, they collectively prove that she is a filmmaker who works hard to respectfully preserve the diverse stories she wishes to adapt.

In the cast of Bright Path, Jolie is lending her brand of genuineness to the project while opening the doors to Native American communities to tell their own stories in the process. THR confirms that the filmmakers are teaming up with multiple tribes, including the Tuolumne Band of Mewuk Indians, the Mohegan Tribe, the Yocha Dehe Wintun Nation, the Tonto Apache Tribe and the Bear River Band of the Rohnerville Rancheria, in order to successfully translate Thorpe’s story to the masses. Furthermore, the filmmakers importantly have the Thorpes’ blessing; the family has reportedly been holding out on making a new film about Thorpe’s legacy despite years of being courted by Hollywood after Jim Thorpe – All-American.

The fact that Thorpe will also be portrayed by a Native American actor is essential too, especially in a movie of this reach about such an iconic historical figure. Over the years, Sensmeier has been slowly building up a resume of notable feature performances; since appearing in the Magnificent Seven remake, he has acted in Westworld and Wind River. Playing Thorpe is pretty much an ideal leading role that should definitely shoot him to stardom.

“As Native Americans it is crucial that we tell our own stories. Thorpe’s is a vital one, and ‘Bright Path’ will break barriers. For the first time, a major motion picture about a Native man, starring a Native man, will be made and released to a broad general audience. We couldn’t be prouder to be a part of it.”

Bright Path has the potential to be a definitive addition to the film canon that makes way for more Native American storytellers to take charge of their media presence. It is vital that Jolie backs the film, if only for her actions to serve as an entry point towards introducing the world to an empowering, inclusive story waiting on the horizon.