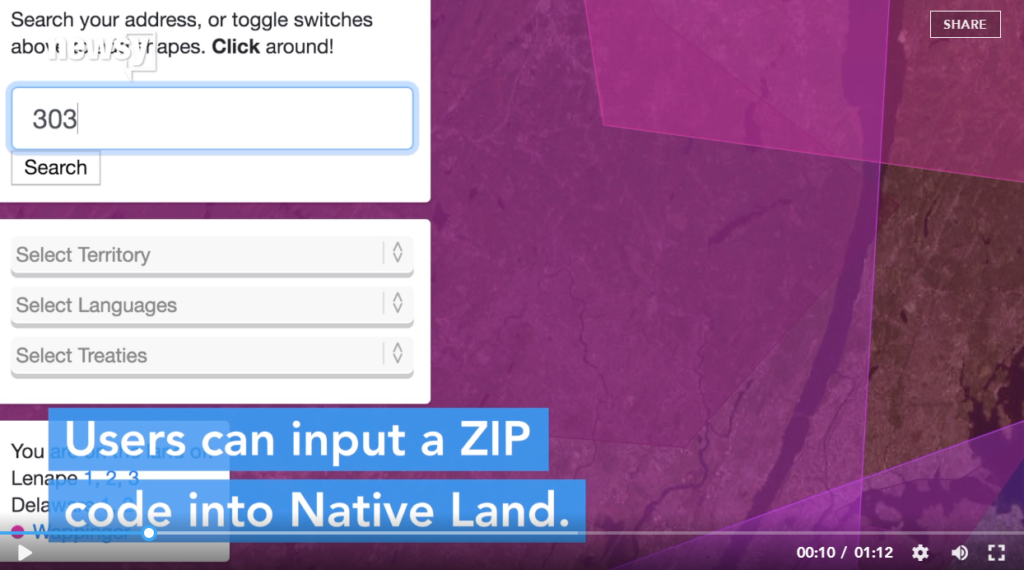 The Native Land app was developed by a Canadian.

How much do you know about the native people who lived where you do now? This app aims to teach users the indigenous history of their area.

It’s called Native Land. Users input a ZIP code, and a map shows which tribes lived there, the languages those tribes spoke and other information, like treaties that were signed there.

The project was created by Victor Temprano, a Canadian who calls himself a “settler.” He is part of the company Mapster, which hosts other map-based projects and funds his project.

Native Land is still undergoing updates, but currently North America and Australia have the most detailed information. Temprano invites user input and contributions — he says he knows his map could have flaws.

Temprano wrote: “Western maps of Indigenous nations are very often inherently colonial, in that they delegate power according to imposed borders that don’t really exist in many nations throughout history. They were rarely created in good faith, and are often used in wrong ways.”

In recent years, holidays like Columbus Day have garnered criticism for not accurately representing history. And U.S. schools have also been knocked for not teaching enough about Native Americans.

But easily accessible apps like this could help expand people’s understanding of history.