The Mississippi Band of Choctaw Indians were honored Tuesday afternoon with a star on the Walk of Fame in front of the new Mississippi Arts + Entertainment Experience, which opened over the weekend in downtown Meridian.

The tribe were the first to have a star placed directly in front of the MAX with good reason.

“The star we are unveiling today is a tribute to the Choctaw elders and those who will follow in the future,” said Mark Tullos, president of the MAX, who opened the ceremony.

GALLERY: The Mississippi Band of Choctaw Indians honored at The Max 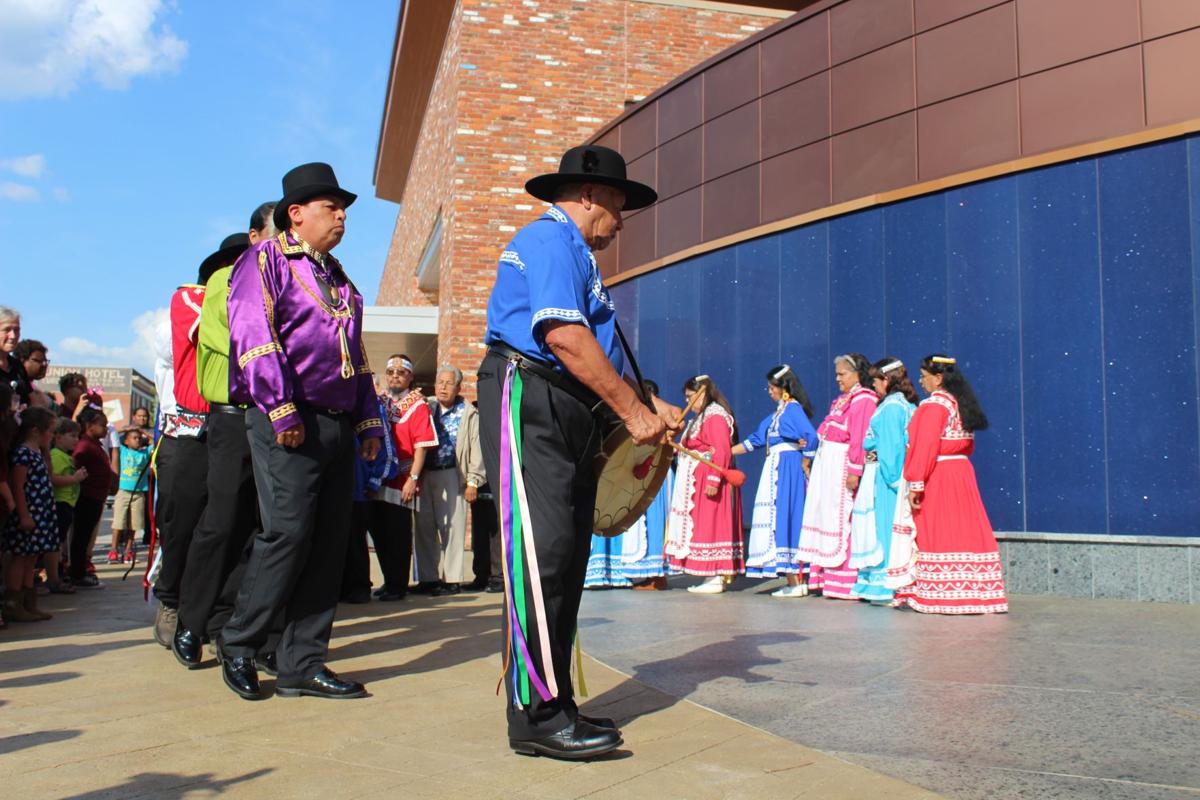 The Mississippi Band of Choctaw Indians were honored Tuesday afternoon with a star on the Walk of Fame at the Max in Meridian. 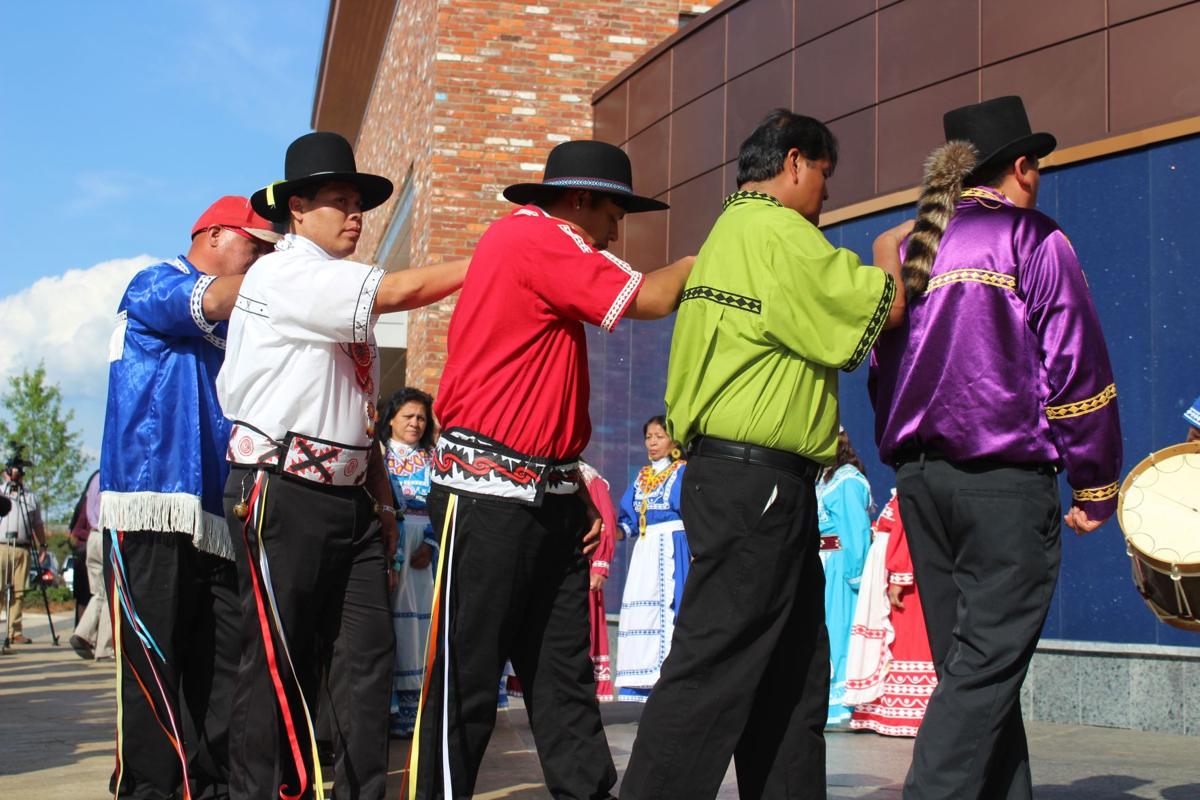 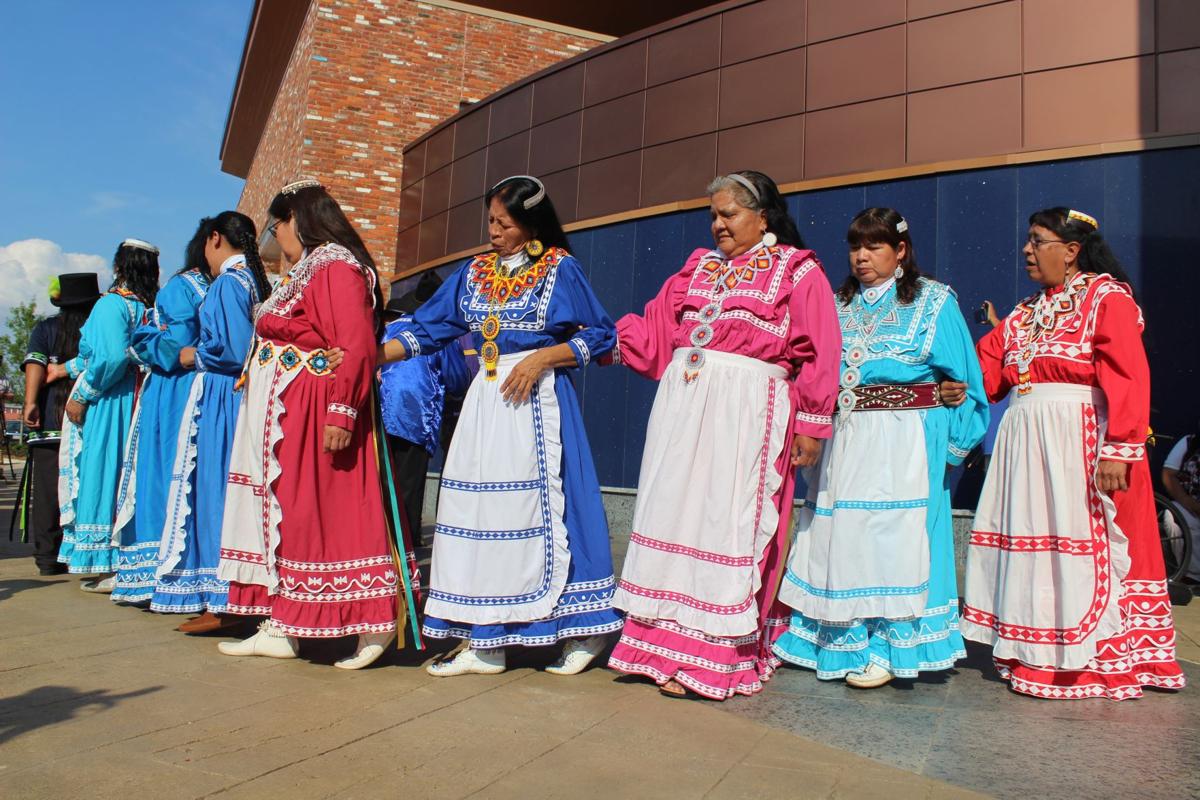 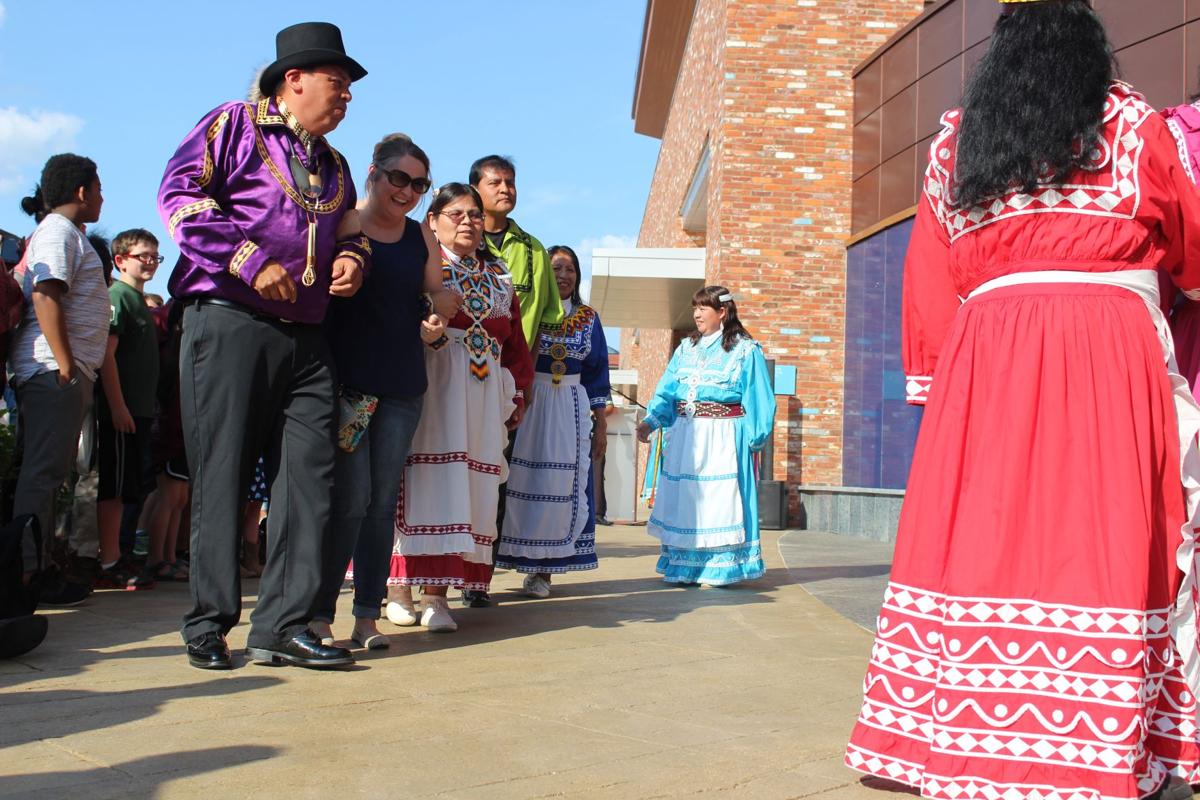 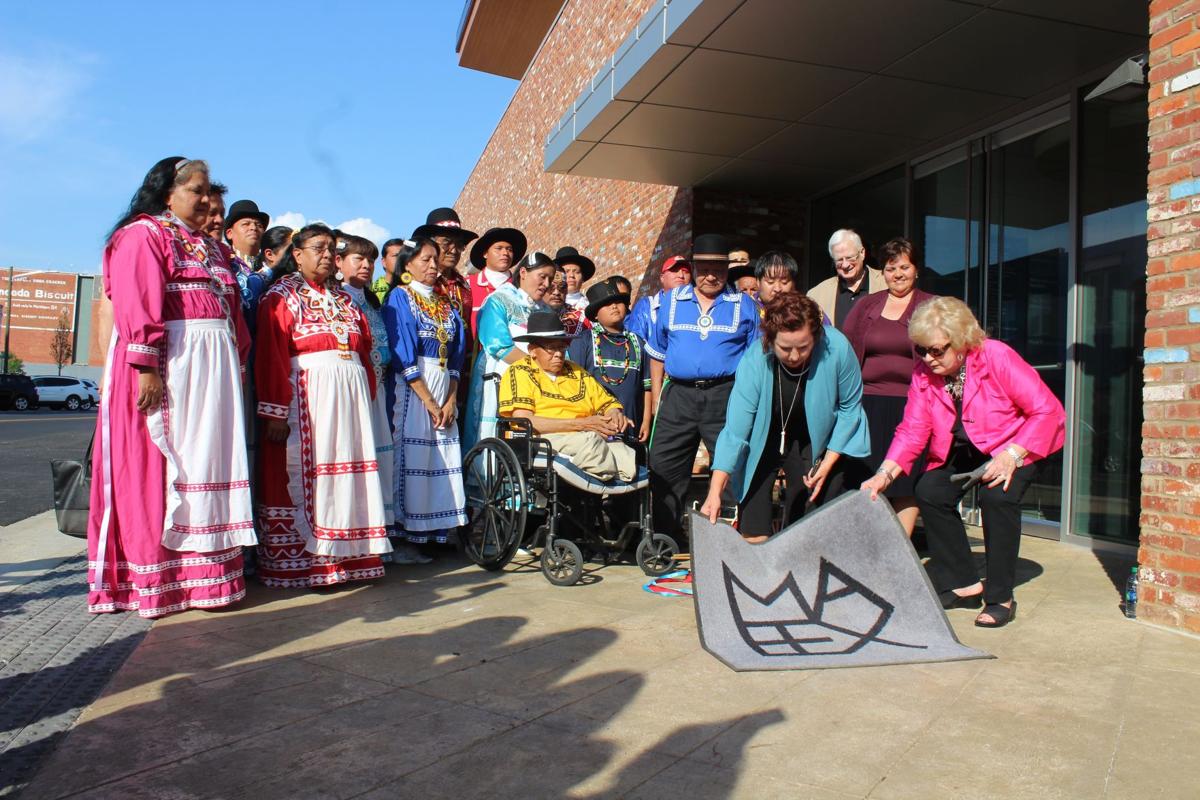 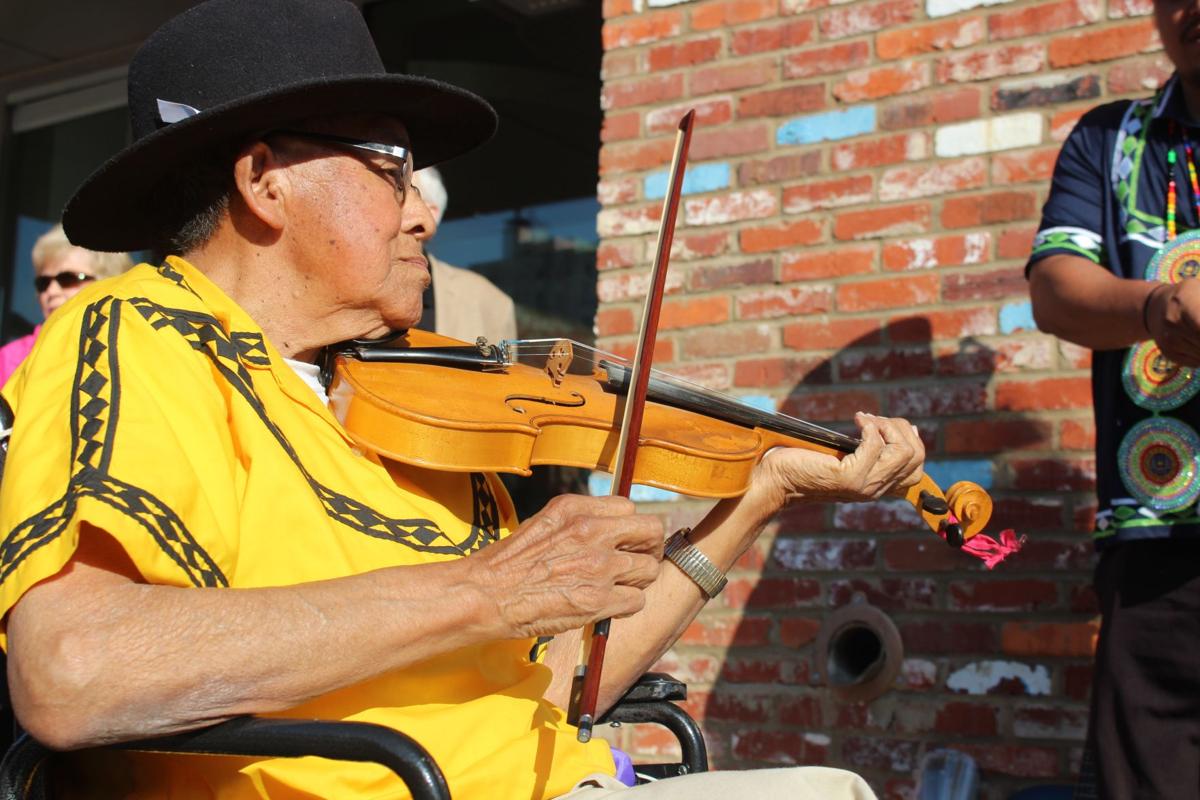 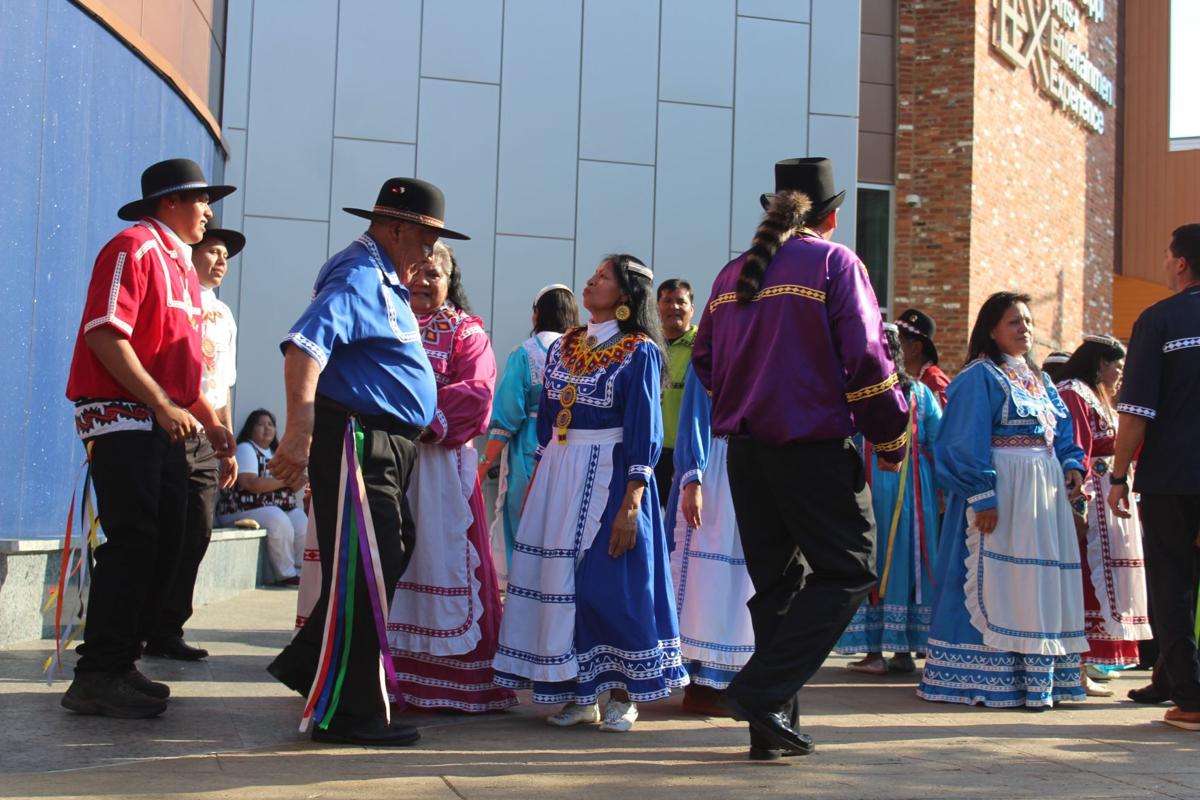 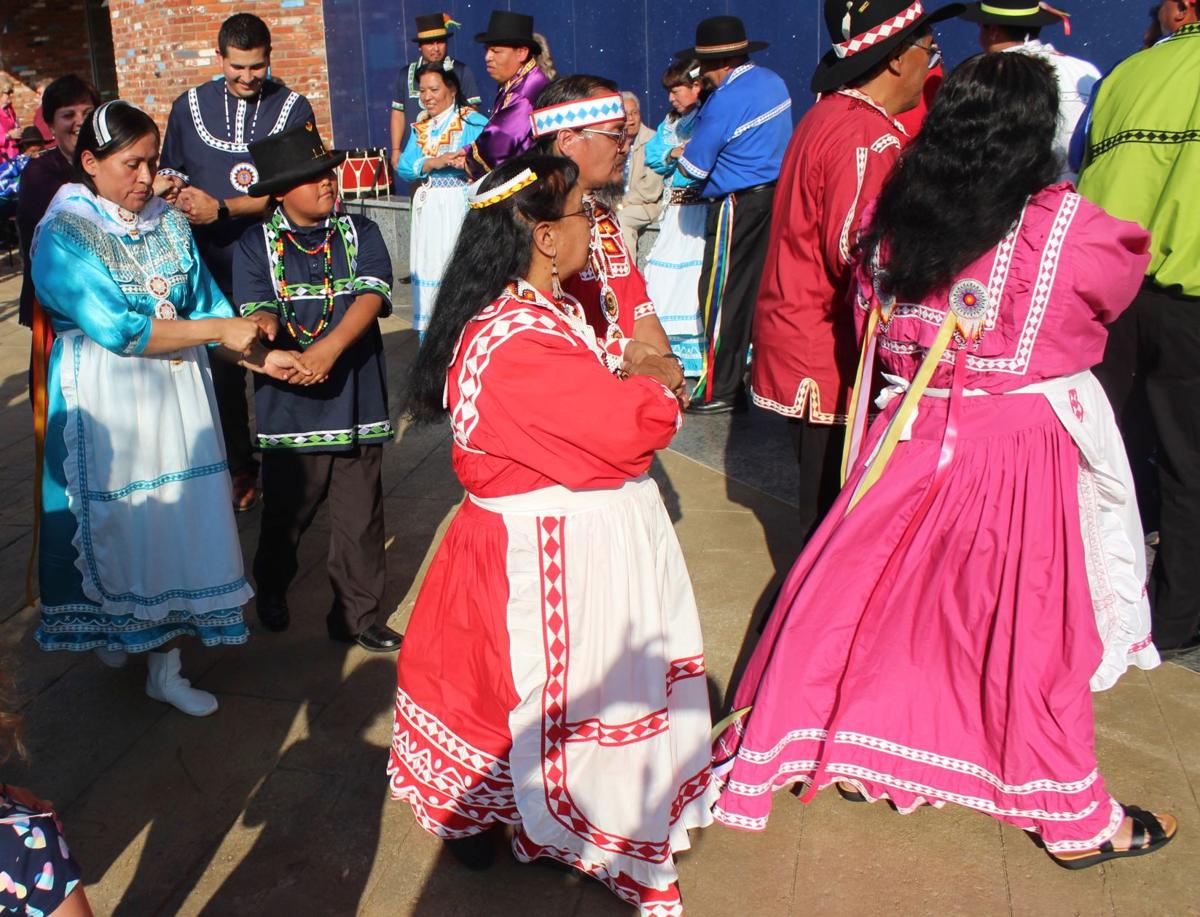 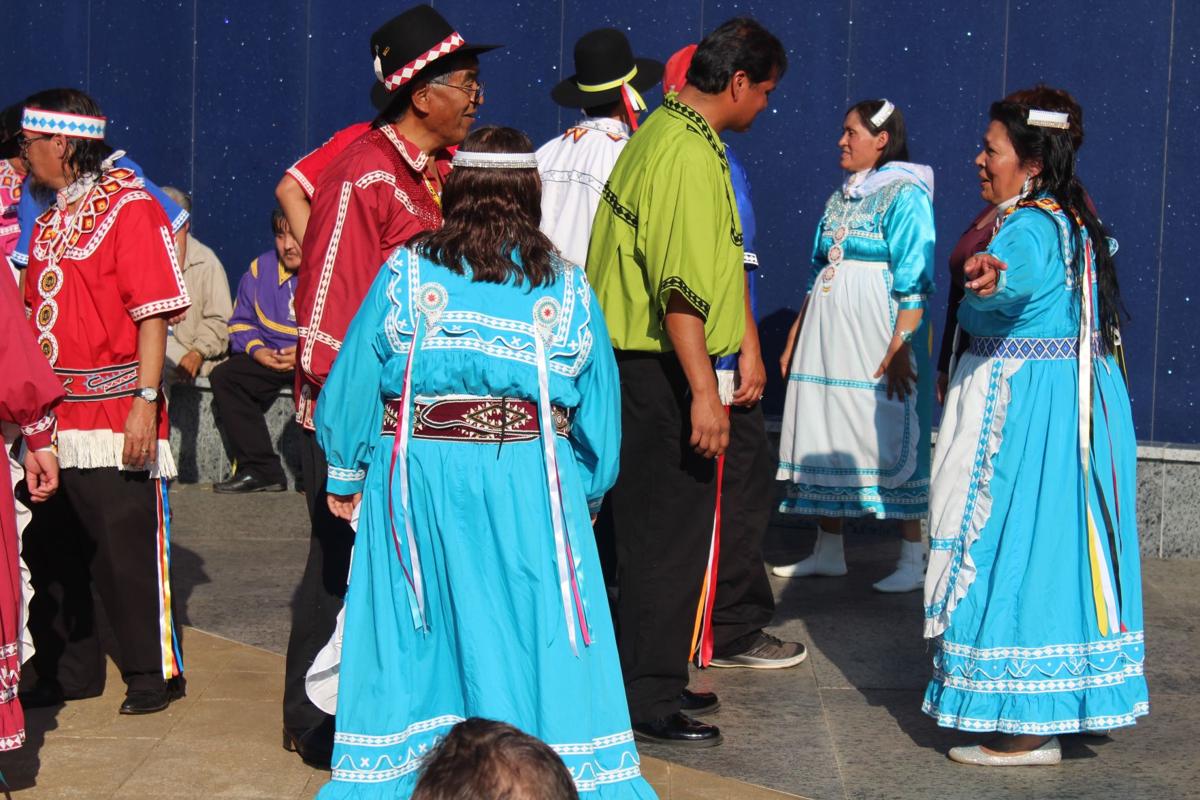 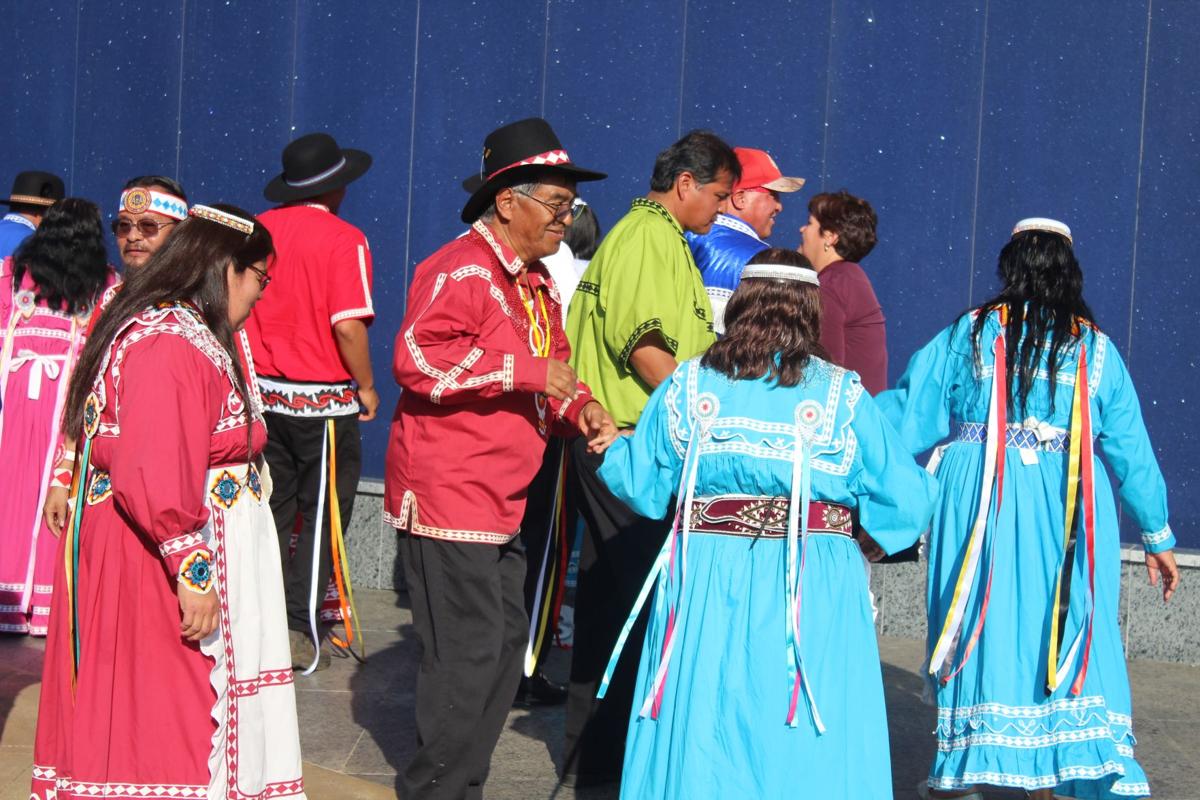 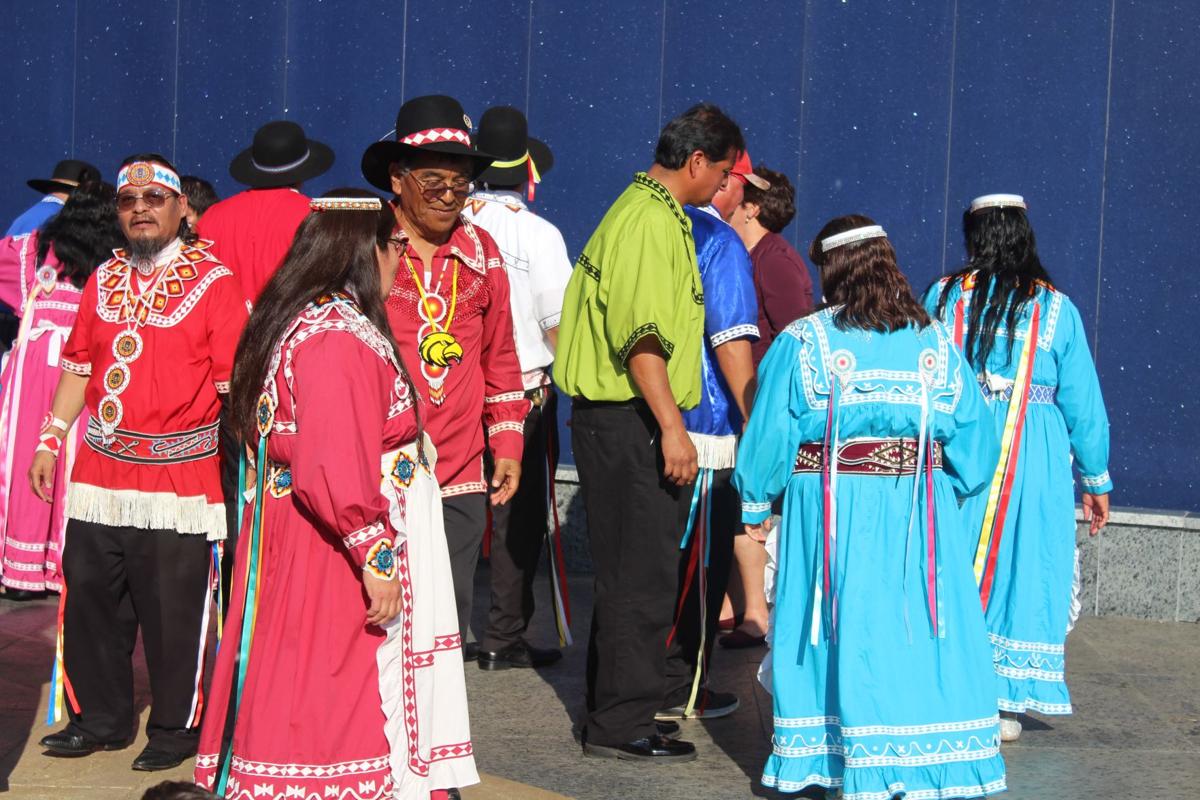 Prior to the unveiling of the star, Choctaw Indian Dancers performed three dances. There were 20 dancers ranging in age from the youngest, Adym Bigpond, 11, to others into their late 70s, according to Larry Bell, 60, a member of the group.

“I’ve been dancing since grade school,” Bell said. “We follow these traditions to keep up and pass them on to the next generation.”

The three precise and unique dances represented different aspects of Choctaw culture. The first, “The Walk Dance,” must be performed and finished before sunrise. The second represented the reptiles and bugs which plague farmers’ crops and involved movements imitating a snake coiling around.

The third dance “Stealing Partners,” allowed each male and female member of the group to grab whomever they wanted to dance with.

According to Rae Nell Vaughn, Chief of Staff for Tribal Chief Phyliss J. Anderson, the dance allows young warriors to look over eligible female princess warriors in the tribe and for the women to do the same.

Heather LaCoste brought her 4-year-old daughter Stella to Tuesday’s festivities. The duo sat quietly watching as the dancers passed, until Casper Thomas — a tribal member who’s been participating in tribal customs since he was a child — invited them to join in.

Lacoste, an educator, said participating in the dance was about more than just having fun with her daughter.

“I’m very interested in movement, and how to help teachers incorporate movement in their classrooms and make it culturally relevant,” said LaCoste, who’s been working with the Meridian Public School District on the Any Given Child Initiative, which integrates the arts into subjects such as math and science.

She said she hopes to take what she learned Tuesday to help teachers learn more about Choctaw culture.

About The Walk of Fame

When the dancing finished, a group of women gathered inside the MAX to demonstrate their bead work and basket weaving using detailed materials and skills.

Martha Ferguson described the different bead sizes used for various pieces such as the ornate jewelry the women create.

“Different designs, such as the diamond shape, have to be hand-stitched,” she explained. “You can’t do that design on a sewing machine.”

The majority of the beading is hand-sewn, while some can be done on the sewing machine. The oldest member of the demonstration was Dora Nickey, 87, who wore a beautifully detailed dress she made herself.

The basket-making process takes about a week to finish. The cane has to be dyed and gathering the cane can be very dangerous, she said. Since it is gathered from a swampy area, the risks of running into snakes and bugs are high, she said.