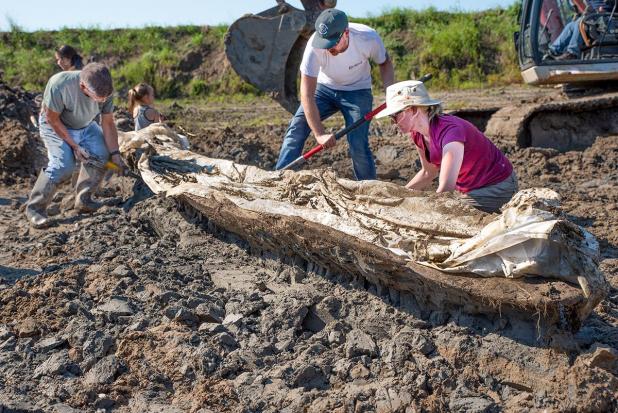 This Chitimacha dugout canoe has rested beneath some 30-foot of earth for 1,500 years 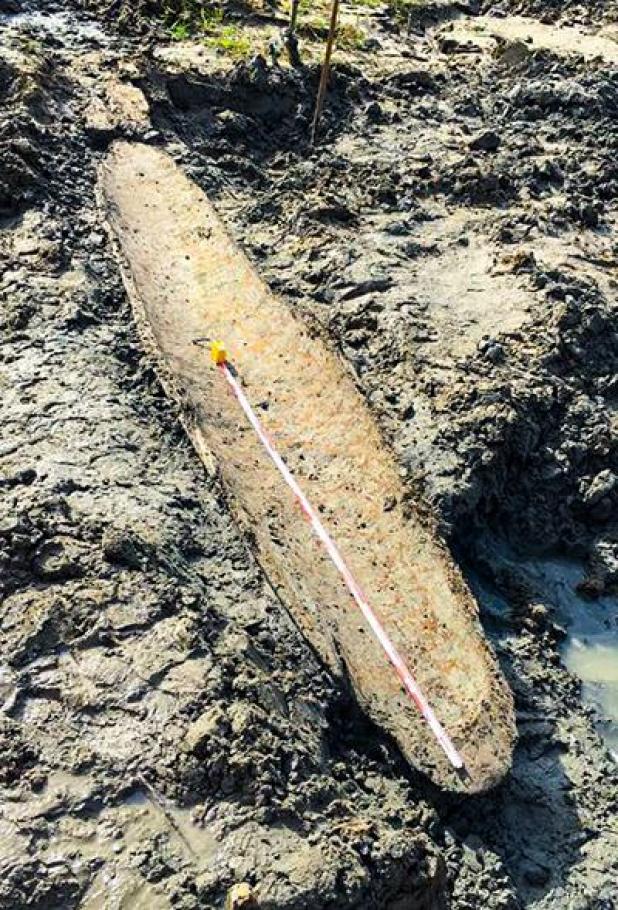 The first full view after Ponville located the dugout, then re-covered it, a year ago. 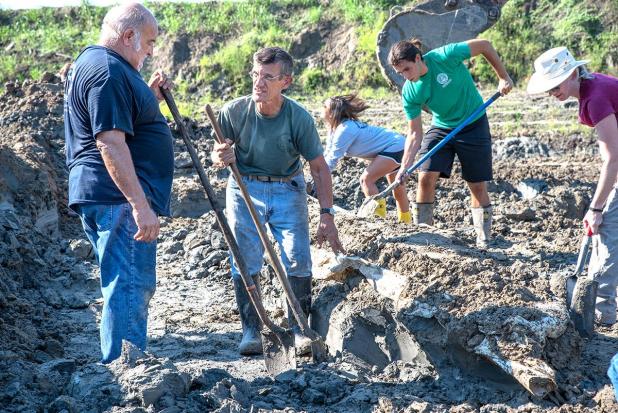 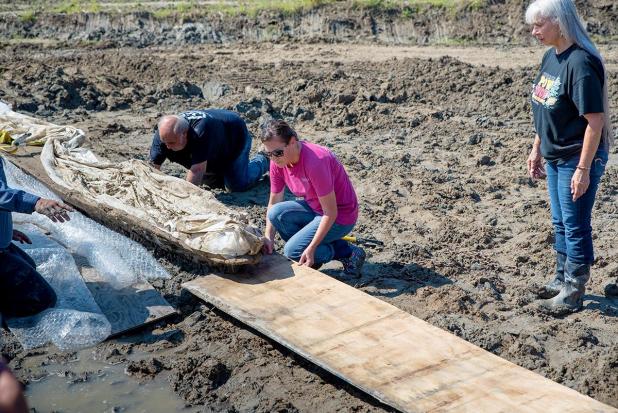 Chitimacha Cultural Department Director Kimberly S. Walden, and Tribal Council Secretary-Treasurer Jackie Junca, center and at left, as plywood is being inserted to support the canoe. 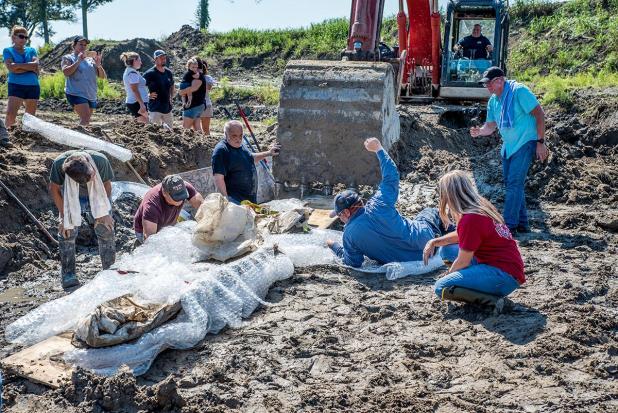 Jamie Ponville, in blue at center guiding the excavator bucket, is the finder of the vessel.