What qualifications are needed to manage (and possibly reform?) the Indian health system? It’s Indian Country’s largest employer with more than 15,000 on the payroll and many, many more people who work in health care for tribes, non-profits and other related agencies. The IHS budget is $6.1 billion. Yet it’s also the least funded national health care delivery system, operating in a political atmosphere where critics ask, why can’t it do more?

The Wall Street Journal published a story last week that raised questions about Robert Weaver, the Trump Administration’s nominee to head the Indian Health Service. The Journal challenged Weaver’s history at St. John’s Regional Medical Center in Joplin, Mo., from 1997 to 2006. However it quoted Jennifer Talhelm, an HHS representative, saying “any suggestion Mr. Weaver is unqualified to run IHS is a pure act of character assassination.”

Weaver is a member of the Quapaw Tribe of Oklahoma.

A few facts: Weaver will be the least educated director of the Indian Health Service ever. If confirmed, Weaver will the tenth permanent director. All but one prior to Weaver have been physicians, most with multiple degrees in public health, science, and health administration. One former director, Robert McSwain, was not a medical doctor, but he was a longtime health manager and holds a Master of Public Administration from the University of Southern California. On his CV, Weaver lists his education at Missouri Southern State University in International Business with an emphasis in Marketing and Accounting; Minor in Spanish; Minor in Vocal Music & Piano. However the Journal reported that he was seeking a degree and did not graduate.

Weaver’s background is insurance. In a September 2016 profile in Native Oklahoma magazine, Weaver said, “We have Native Americans who are brilliant — geniuses — at gaming, but where are the Native American geniuses at insurance? It’s the second-largest cost we pay other than payroll. Yet it just goes to the wayside.” He told the magazine that his business saved the Quapaw Tribe more than $5 million a year.

“I try to be a translator for tribal leaders to understand this convoluted, difficult-to-understand, most of the time full of lies and deception industry, into ‘this is what it is. This is what your choices are.’ I get it,” he told Native Oklahoma.

Perhaps the Indian Health Service should be led by someone with an insurance background. It would surely help if the agency could come up with a better funding model, including a mix of insurance funds (third-party billing in IHS-speak.) 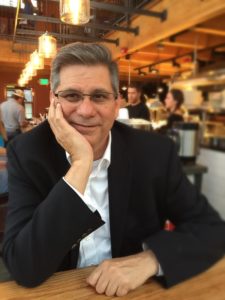 But there are three problems that ought to be clearly addressed through the Senate confirmation process.

First there is the problem of scale. Weaver would jump from managing a $10 million a year small business — one where he can hire and fire at will — to running a $6 billion agency where personnel decisions are made by folks higher in the chain of command at the Department of Health and Human Services or even as a favor to a United States Senator. And firing? Just one such action could take up more time than the three years left in this administration. And that’s the easy stuff. The agency’s operations are complicated by Congress, law, regulation, tribal relations, the Veterans Administration, Medicare, Medicaid, and private insurance.

To his credit, Weaver has been outspoken about the underfunding of the Indian health system. (Question: Will he say so again in his confirmation testimony?) In a paper he wrote a year ago, Weaver said: “Healthcare is a treaty right for all Native Americans. The method of delivering healthcare for Native Americans is the Indian Health Service system established through the Federal Government. The Federal Government allocates funds to the IHS system each fiscal year. This allocation has been and continues to be inadequate to meet the healthcare needs of Native Americans. Currently it is underfunded by thirty billion dollars annually.”

That figure of $30 billion would eliminate the funding disparity for Indian health. (The National Congress of American Indians has published a plan to make that so over a decade.)

The second problem is how to articulate the Indian health story. This is a problem of “duality,” two competing ideas. On one hand you have some significant health and management problems such as those identified in the Great Plains by The Wall Street Journal. On the other hand you have a system that is innovative and includes models of excellence (such as clinics in the Pacific Northwest or the Alaska Native Medical Center.) One story is told. The other less so. I am convinced that a fully-funded system will only happen when we tell both stories. The narrative of failure is not an incentive to invest more money.

The third problem is the Affordable Care Act and Medicaid. Weaver wrote that the law works for Native Americans but overall it was a failure. “We now see that it did not provide health insurance for the forty million uninsured Americans identified as the target market in 2008, it is not affordable for those who were pulled into the ACA system, and the out of pocket maximums associated with the plan effectively make access to healthcare unattainable,” he wrote. The first part of that sentence is factually incorrect. The uninsured rate dropped from 20.5 percent in 2013 to 12.2 percent in 2016, a 40 percent decline. You can argue about the cost of that insurance, but it’s complicated because the ACA required minimum standards for insurance, covering such things as women’s health. All of the Republican plans are designed to save money by getting rid of those standards.

Of course in the Trump era there’s probably not a candidate for any public office who champions the ACA.

But I also don’t see any Medicaid experience in Weaver’s background and that is an expertise area that is critical. Some of the medical, treatment, and ethical issues are extraordinarily complex. They will require a solid team to help consider all of the alternatives that have life and death consequences. (So, if confirmed, he’ll need a lot of help.) Oklahoma is not a Medicaid expansion state, so there would not be a lot of experience in squeezing every dollar from Medicaid by making more people eligible or rethinking the coding of costs. The public insurance of Medicaid (and Medicare) now total $1.05 billion of the IHS budget, but it could be a lot more.

Weaver could use his expertise to help tribes improve insurance for tribal members and employees — and that could boost funding for IHS. Private insurance is now only about $110 million of the agency’s revenue.

So what are the qualifications necessary to run the Indian health system? I have a bias. I have met some of the great physicians who ran the agency. I remember Emery Johnson’s passion and thoughtfulness about what IHS could be. I’d even argue that IHS has had remarkable leadership since its founding. So the standard, for me, at least, is quite high. There are also two Native women who have run state health agencies — an ideal background for managing the IHS. There is a lot of talent out there.

But the Trump administration likes the idea of shaking up government. And, appointing someone to run the IHS with a very different background, does just that. Perhaps Weaver brings a new way of thinking and managing. Then again we would do well to remember the latin phrase that medical doctors learn early in their training, Primum non nocere. It means: First, do no harm.

Mark Trahant is the Charles R. Johnson Endowed Professor of Journalism at the University of North Dakota. He is an independent journalist and a member of The Shoshone-Bannock Tribes. On Twitter @TrahantReports

Trahant Reports is on iTunes or Soundcloud. Download here.

(Author’s Note: I use the phrase, Indian health system (lower case) unless I am specifically talking about the agency. My reason is that the narrative of a government-run health care agency, the Indian Health Service, doesn’t reflect what most of what the agency does now. The funding mechanism that supports tribes and non-profit health care agencies is the largest part of the system.)