Five Designs Competing for the National Native American Veterans Memorial To Be Displayed May 9–30 in New York and Washington, D.C. 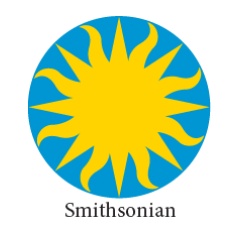 Five potential designs for a National Native American Veterans Memorial can be seen May 9–May 30 at the Smithsonian’s National Museum of the American Indian in New York and Washington, D.C., and at https://nmai.si.edu/nnavm/. From the five designs to go on display, one will be selected for the memorial. The winning design will be announced June 26.

Few outside the military know that Native Americans have willingly served the U.S. armed forces since the Revolution and in numbers today that exceed the percentage of any other population group. To recognize their extraordinary service, Congress charged the museum to build a National Native American Veterans Memorial to give “all Americans the opportunity to learn of the proud and courageous tradition of service of Native Americans in the Armed Forces of the United States.”

The memorial will be located on the museum’s grounds on the National Mall. The museum and an advisory committee of Native American military officers, veterans, gold-star families and leaders conducted 35 regional consultations in American Indian Nations to seek input and support for the memorial. In addition, the museum is travelling “Patriot Nations: Native Americans in Our Nation’s Armed Forces,” an educational exhibition revealing 250 years of Native Americans military service. The exhibition will also be on display in New York and Washington May 9–30.

About the National Museum of the American Indian

The National Museum of the American Indian is committed to advancing knowledge and understanding of the Native cultures of the Western Hemisphere—past, present and future—through partnership with Native people and others. Located on the National Mall at Fourth Street and Independence Avenue S.W., the museum is open each day from 10 a.m. to 5:30 p.m. (closed Dec. 25).