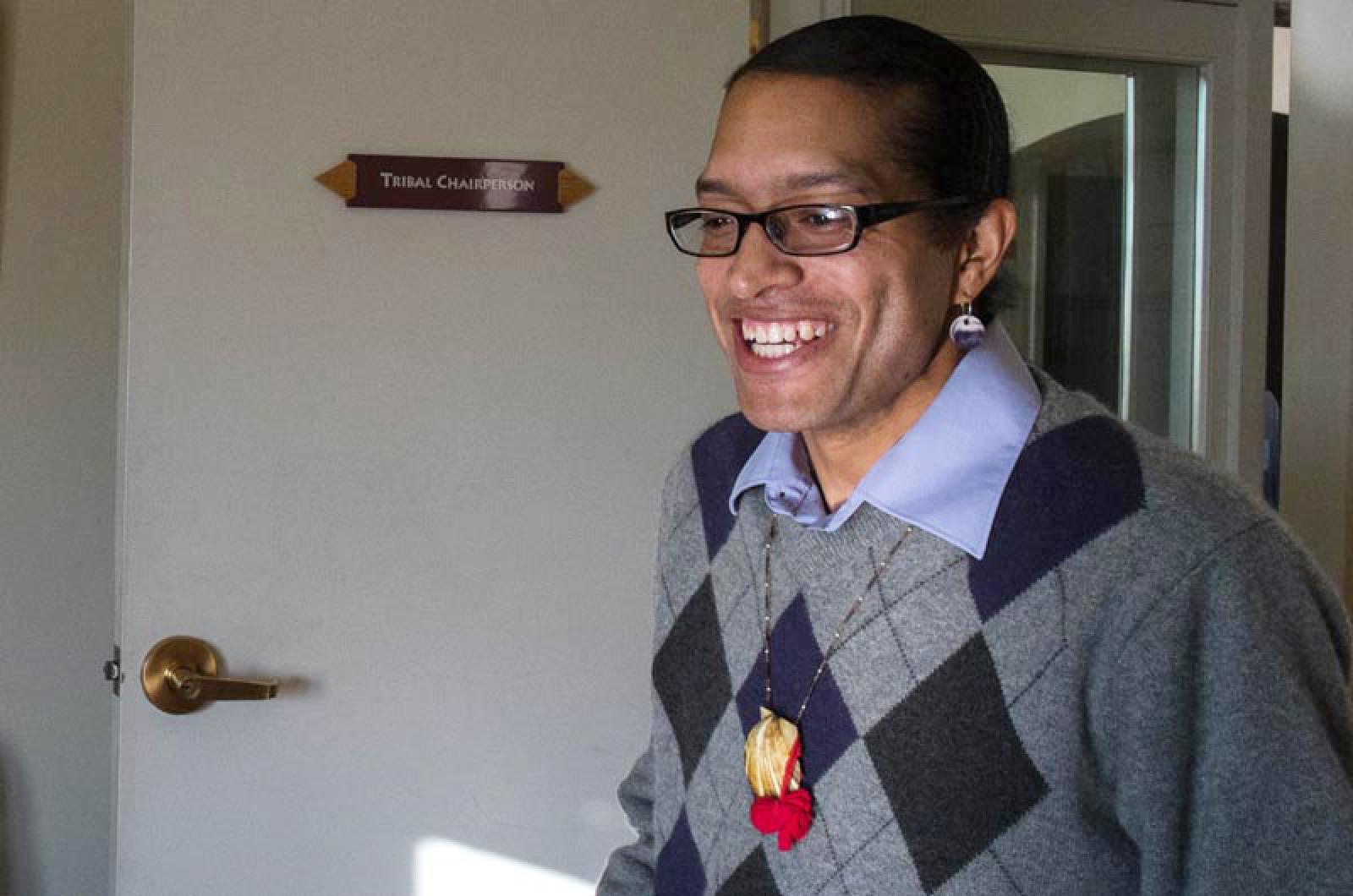 From Island to Island, Tobias Vanderhoop Still Leads the Way

Tobias Vanderhoop may have moved clear across the country, but in many ways he finds himself in familiar surroundings: on an Island serving in a leadership role for a tribal community.

Mr. Vanderhoop, 43, the former tribal chairman of the Wampanoag Tribe of Gay Head (Aquinnah), began work as tribal administrator and chief executive officer of the Ketchikan Indian Community in mid-September.

Since then, he’s been able to draw on his experience and education to serve the 5,700-member Indian community, situated on the southeastern tip of the Alaskan panhandle. “I don’t think you could ask for much more in a professional life,” Mr. Vanderhoop said this week, after stepping out of a budget meeting to speak by phone.

He grew up in Everett, but Mr. Vanderhoop has deep roots on the Vineyard and moved here full time in 1992, after graduating from University of Massachusetts in Boston with a degree in community planning and management. He immediately went to work for the tribe. He later gained a master’s degree in public administration from Harvard’s Kennedy School of Government.

His extensive work for the Aquinnah tribe includes more than four years as tribal administrator and a term as tribal chairman until last year, when he decided not to run for reelection.

Mr. Vanderhoop said the Ketchikan community serves three main tribal nations, the Tlingit, Haida and Tsimshian, and operates the largest tribal health clinic in the region. (By comparison, the Aquinnah tribe has about 1,300 members, about 300 of them living on the Island.)

There are obvious similarities between the two tribal communities separated by four time zones. Both places can be reached only by boat or plane. The Ketchikan airport in fact is on a separate island, a short ferry ride not unlike the trip to Chappy, he said. And then there is the close sense of community fostered in part by watery boundaries.

“I come from a small island; this is an island,” he says. “It’s a close place. Frankly, if it all went wrong, we would be disconnected and all we would have is each other. And, in that way, it’s very much the same.”

In Ketchikan, he was also greeted by a family connection. His mother’s first cousin, David Vanderhoop, had married into the Ketchikan community.

“Even though I had never been physically here in this place [before], the people I have interacted with — many of them I have met before in other places and even the ones I haven’t met before — they have been very friendly and kind,” he said.

The Ketchikan community hopes to expand its economic base to augment its revenue from its clinic, the largest tribal medical facility in the region, and federal funds. It has no land all its own, but interacts with local, state and federal government agencies, as well as nearby tribal villages that are governments in their own right, he said.

“I’m very fortunate because I carry my experiences from home, and I’m able to bring those to bear to support the tribal leadership of this nation in their efforts to maintain their relations with [local, state and federal government], as well as all of those tribal villages that surround us,” he said.

Looking homeward, Mr. Vanderhoop declined to discuss the future of tribal gaming on Martha’s Vineyard, except to express pride in the Aquinnah tribe and its efforts to assert those rights.

“And I have great faith in my tribal community — that they will move forward, having full command of all the rights there for them,” he said.