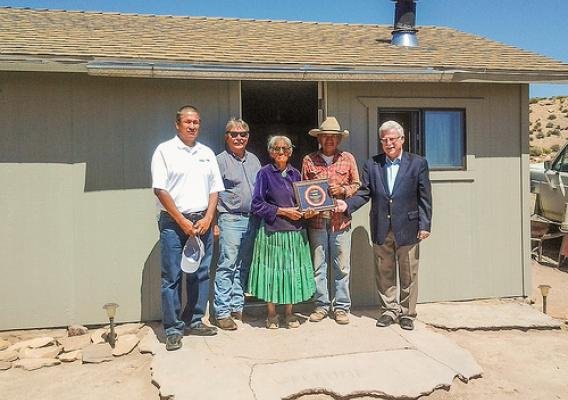 As the U.S. government shutdown drags on, it is more than federal employees who are suffering. Native American tribes are not receiving needed funds, especially in the critical area of health services.

The Sault Ste. Marie Chippewa Tribe in Michigan is losing $100,000 a day for their health clinics, food distribution and employee pay. Other tribes throughout Indian Country are struggling to provide other basic services. Where they will find these resources is anyone’s guess.

Cathy Chavers, Chair of the Bois Forte Reservation told The New York Timesthat reservation police officers, many of whom are federal employees, are getting hit as well. “These officers are putting their lives on the line,” Chavers said, “and they don’t know if they’re going to get a paycheck or not.”

Public safety is vital for tribes. Already, funding for criminal justice programs and the hiring of police officers is grossly underfunded. According to crime statistics provided by the U.S. Department of Justice, Native Americans are the victims of violent crime at a rate of two times the national average.

At the heart of the shutdown of tribal services is the Bureau of Indian Affairs (BIA), which is charged with facilitating funding for tribes. But the shutdown has turned BIA into a virtual ghost town. Nearly 5,000 BIA employees are out of work.

A new report calls attention to how the lack of treaty-based funds to tribes leaves American Indians scraping the bottom of the barrel of social service funds.

Money allocated to tribes is not based on the whims of Washington lawmakers. Long ago treaties signed between tribal nations and the federal government stipulated that tribes would receive monies to provide and care for their members—in exchange for millions of acres of Indian lands.

Now, a new report by the U.S. Civil Rights Commission, “Broken Promises: Continuing Federal Funding Shortfalls for Native Americans,” calls attention to how the lack of treaty-based funds to tribes is affecting all areas of institutional and communal life, leaving American Indians scraping the bottom of the barrel of social service funds.

Jacqueline Pata, executive director of the National Congress of American Indians, told the commission that “the United States’ trust relationship with Indians and tribes authorizes the federal government to promote tribal self-government.” At the same time, she said, Native Americans have also been “subject to enduring efforts to strip them of their land, their possessions, and even their identities.”

The report urges Congress to establish an interagency working group to share expertise and improve systems for collecting data and figuring out how to help tribes.

Though the Commission’s report is soft in calling on Washington to come up with a separate funding mechanism outside of the annual budget cycle, it does call for making tribal funding a priority, including an immediate full funding package for all unmet tribal needs.

And what about the millions that Native Americans are raking in from casinos? Most tribes earn barely enough from their gaming enterprises to make payroll and pay for elder meals on wheels. And only a handful of tribes pull in mega bucks. Even so, funds for basic tribal needs is not based on the degree of poverty tribes face, but on nation-to-nation treaties.

Tribes and some government departments are getting creative in seeking other resources and means to address chronic problems such as crime. The Tiwahe Initiative (“Tiwahe” means “family” in the Lakota language) was a promising program that, according to the commission’s report, “utilized a comprehensive approach to address the interconnected problems of poverty, violence, and substance abuse in Native American communities. After three years of running the initiative in four communities, violent crime reduced 56 percent in those communities.”

But, as the report notes, “the Trump Administration’s FY 2019 budget eliminated funding for the Tiwahe Initiative.”

A copy of “Broken Promises: Continuing Federal Funding Shortfalls for Native Americans” was delivered to Trump with the hope the President would get engaged in the far-reaching funding shortfall for Indian Country. But it’s doubtful Trump will take much notice of the report given his dismissive approach to tribal relations.