OYSTER SHELLS AND NATIVE AMERICAN ARTIFACTS ARE FOUND IN THIS SHELL MIDDEN ALONG THE DAMARISCOTTA RIVER, WHERE WABANAKI PEOPLES ONCE LIVED. PHOTO COURTESY OF HOLLAND HAVERKAMP, UNIVERSITY OF MAINE

History, Hidden Under the Waves

Broken, brown tree stumps and roots lie askew along an ancient peat bog on Block Island, churned up by Hurricane Sandy. Such bogs are not unusual in New England, but this one is different: it’s 6,000 years old and under 12 feet of water—a relic of a time when the ocean floor was filling in as mile-high glaciers melted and seas rose.

“More than 15,000 years ago, the ancient villages of the Narragansett were out where the ocean is now,” said Doug Harris, preservationist for ceremonial landscapes for the Narragansett Indian Tribe. He was relaying an oral history told by Dr. Ella Sekatau, ethnohistorian and Medicine Woman for the tribe, who passed away in 2014 at the age of 85. Her story adds, “The waters began to rise overnight and those people had to abandon their homes.”

At the time of the last glacial maximum, about 24,000 years ago, when the vast Laurentide ice sheet reached its fingers beyond Cape Cod and across Long Island Sound, the sea level out to the continental shelf was as much as 400 feet lower than today, according to John King, a geological oceanographer with the University of Rhode Island (URI). Woolly mammoths and mastodons once roamed these ancient landscapes of tundra grass and conifer woodlands. Wabanaki stories tell of killer whales, while walrus swam along the icy coast.

King is leading the Submerged Paleocultural Landscapes Project in partnership with the Narragansett Indian Tribe, funded by the Bureau of Ocean Energy Management (BOEM). Exploring three areas in Rhode Island, they’ve uncovered stone artifacts and mapped ancient landscapes. They’ve even trained tribal members as certified scientific divers. “The hypothesis is that Paleo peoples were using coastlines and waterways to move along and those are areas of more intense cultural activity,” King explained at his lab in a low-slung industrial building on the Narragansett Bay Campus of URI.

There’s a constant chirping in the background, as if a mechanical bird is playing a loop track. It’s the cooling system of a cryogenic magnetometer, which can discern small variations in the magnetism of sediment core samples, revealing clues to millennia of climate change. Along with sub-bottom sonar, which shows layers of material under the seafloor as if looking at a layer cake, these tools give clues to what lies beneath the ocean.

But finding these ancient sites is not easy. Over eons, waves, currents, and storms, along with human activity including dredging and fishing, have dramatically transformed the seafloor. King believes that as much as 90 percent of the landscape has been disrupted to the point that any cultural material would have been obliterated.

“The main thrust of the project is to try to narrow the haystack in which we’re looking for the Paleo needles,” explained King. The five-year, $2 million program, launched in 2013, calls for developing science-based best practices for identifying and surveying Native American offshore archeological sites. It was prompted by the emergence of new wind energy projects such as the Block Island Wind Farm. More such projects, along with potential oil exploration, sand dredging, and undersea cables could threaten cultural sites that may be eligible for protection under the National Historic Preservation Act.

The site on Block Island, at West Beach, contained another tantalizing discovery. Just offshore, in shallow water, the researchers used sub-bottom profiling to identify cobble-sized stones around an area where the ground had been burned, suggesting a long-ago fire ring or cremation ground. Such ceremonial stone circle sites are found throughout interior New England.

Will they excavate the site? “Based on the sensitivities that I’ve gained working with tribal people, I recoil from it,” said URI marine archeologist David Robinson, who works with King. That’s a surprising statement for an archeologist. But, he explained, “I don’t look at archeology the same at all. Working the way we have with the tribes on this project really has expanded my knowledge and changed my perspective greatly. I’ve come to think about this issue and approaching archeology with heart first and then head.”

Sea level rise has already taken many Paleocultural sites, and it threatens many more. 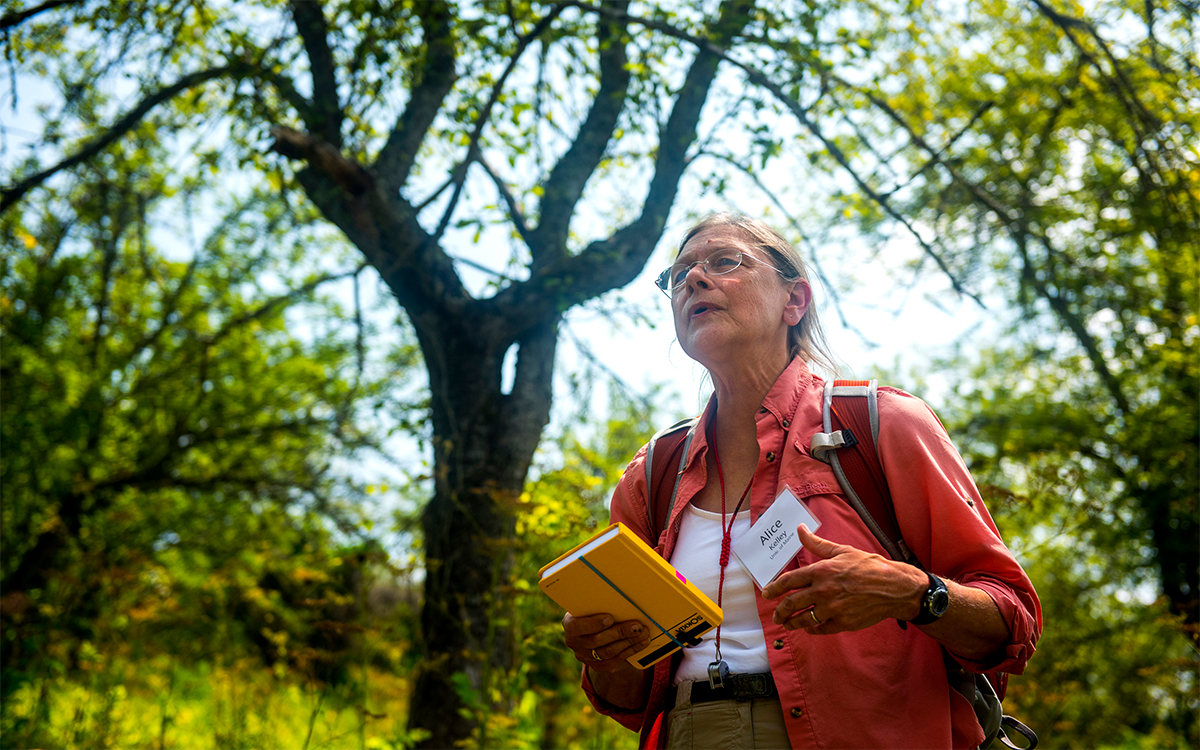 Along the coast of Maine, there are at least 2,000 prehistoric shell middens, according to Alice Kelley, an archeologist with the University of Maine Climate Change Institute. These are discarded clam and oyster shells, found near tidal flats, once a rich food source for Native Americans. Dating from about 2,200 to 1,000 years ago, many middens have been lost since colonization, along with the indigenous artifacts and environmental information they contained.

Kelley’s research has upended the traditional view that early peoples visited the coast only seasonally. “Through analysis of material in shell middens it was proven that people were living on the coast year-round,” she said.

These middens are exposed and mainly unprotected. Continued sea level rise will eventually drown many of them, but Kelley notes that coastal development is also a threat. To document these sites before they’re gone, she is creating a citizen science project. Volunteers will monitor a midden they may know near their home or a place they visit regularly. They’ll take photographs over a period of years and catalog any artifacts they find, without removing or disturbing them. “It is certainly an important part of our understanding of the lifeways and cultural background of the people who lived here before most of us arrived. It’s also a really important Paleo-environmental record,” said Kelley.

The Northeast is considered a hotspot of sea-level rise on the Atlantic Coast. From 1970 to 2009, between Cape Hatteras and Maine, seas rose nearly four times the global average. From 2009 to 2010, the sea level north of New York City rose more than five inches in two years in what University of Arizona climatologist Paul B. Goddard described as an “extreme” and “unprecedented” event. Sea levels here are expected to rise eight feet or more by the end of the century under NOAA’s “high” scenario.

The archeological record shows that the effects of sea level rise can be dramatic. A naturally uneven terrestrial landscape would experience spillover effects as the waters rose, “where once you breach a drainage, you could fill tens of feet of topography,” King explained. Dry land could be submerged “almost instantaneously.”

In this, the science aligns with the oral history of waters rising overnight and people having to desert their homes. But for the tribe and the URI researchers, working together has not always gone smoothly. “What surprised me the most was how challenging it was to combine western science and tribal science,” Robinson revealed.

Harris wants to help tribal members understand and interpret the archeological information. “We have to be able to exercise our rights and we can only do that if we are knowledgeable.” Two of their divers have explored the underwater Block Island peatland where their ancestors once lived.

Robinson and King agree with Harris that education, training, and expanded capacity for further research are the most important next steps. And the Narragansett tribal historian has an idea. Around 1970, the dredging vessel Cinmar brought up a mastodon skull and tusks along with a bifacial rhyolite blade from a depth of 250 feet at a site 47 miles off the Virginia coast. As recounted in “Across Atlantic Ice” by Smithsonian archeologists Dennis Stanford and Bruce Bradley, the ship’s captain divided up the artifacts so that each sailor could have a souvenir. Archeology doctoral student Darrin Lowery discovered the blade, a tooth, and portion of a tusk in Gwynn’s Island Museum in Virginia in 2009. The Smithsonian has radiocarbon-dated them to at least 22,000 years old.

“The body of evidence says that the blade was used on a butchering site where thick hide and bone is being cut by somebody with a rhyolite blade,” said Harris. He wants this site explored next. “The Cinmar site, to me and from a tribal perspective, is the best candidate.” That will be up to BOEM.

Such sites may exist all along the Eastern seaboard, from Florida to Labrador. Early peoples tradedacross land routes and waterways and migrated along the coast. They lived, hunted, and foraged land and waters that would have provided rich plant and animal resources.

Now, the risks from burgeoning offshore development, as well as inundation from rising seas, have led the URI team to consider recommending a new approach. “Usually, the concept is you have to protect sites,” said King. “Probably a better approach would be to protect cultural landscapes.” That might mean a more expansive definition of areas that needs to be preserved.

For now, those landscapes remain, perhaps under hundreds of feet of open ocean and deep sediments, waiting to be discovered.