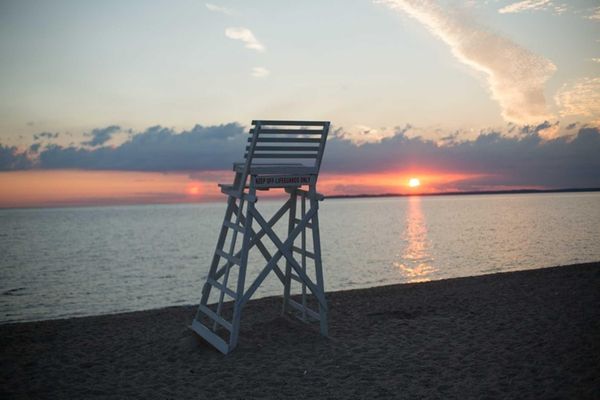 Long Island will receive almost $8 million in grants aimed at shoring up its coastline after superstorm Sandy, the U.S. Department of the Interior announced Monday.

Suffolk County, the nonprofit group Save the Sound, and the Shinnecock Indian Nation received a total of $7,560,000.

“Together with our partners, we are stabilizing beaches, restoring wetlands, and improving the hydrology of coastal areas, both protecting local residents from the next big storm while creating jobs and restoring habitat for wildlife,” Secretary of the Interior Sally Jewell said in a statement.

The Shinnecock Indian Nation received the largest grant — $3,750,000 — which it will use to restore eelgrass, marsh and beach habitats on the reservation. The nation must provide matching funds of $314,000.

D. Taobi Silva, a Shinnecock Indian Nation trustee, said the measures are intended to address flooding during storms, in addition to mosquito control and sand replenishment on the nation’s beaches.

“We’re hoping we can get a good amount of jobs through it and positively impact our community,” Silva said.

The nonprofit group Save the Sound, with offices in New York and Connecticut, got $2.5 million to strengthen resiliency at Sunken Meadow State Park.

The group will use the money to keep runoff from two of the park’s parking lots from inundating nearby Sunken Meadow Creek, study a potential fish passage at the creek and restore marshland at the park, according to Gwen Macdonald, director of habitat restoration at Save the Sound.

“We’re not only thinking about storms and how they relate to people, but we’re thinking of populations of threatened and endangered wildlife,” she said.

The group must contribute $57,500 in matching funds, which will come from the state’s Environmental Protection Fund.

And Suffolk County received $1,310,000 to restore 400 acres of wetlands and enhance its capacity to rebuild 1,500 more acres. Wetlands in Islip, Brookhaven and Babylon will be targeted, said Dorian Dale, Suffolk’s director of sustainability and chief recovery officer.

“It’s a significant amount of money to extend work that has already begun,” Dale said.

The county has to contribute $688,740 toward the project, which Dale said would likely come from leveraging other recovery funds or in-kind services.

Long Island accounted for 31 percent of the grants awarded within New York. The program, which was administered through the National Fish and Wildlife Foundation, distributed 54 grants totaling $102.7 million across about a dozen states and the District of Columbia that were affected by Sandy.