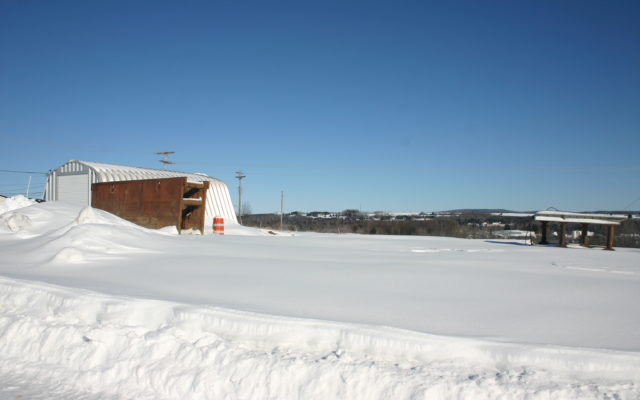 The site for the future Micmac public works facility is located on Midway Drive in Presque Isle. The tribe has received a grant from the United States Department of Agriculture that will allow them to construct a new facility starting in spring 2018 to replace a now-demolished old public works building, which was declared unsafe due to electrical and heating issues. (Melissa Lizotte)

PRESQUE ISLE, Maine — Thanks to a $590,000 grant from the United States Department of Agriculture, the Aroostook Band of Micmacs in Presque Isle expect to have a new public works facility completed in fall 2018.

Andrea Michaud, transportation and assets management director for the Micmacs, said  that the tribe’s former public works facility had been built decades ago when the land that the Micmac community sits on was part of the Presque Isle Air Force Base.

Although the tribe had been using the old facility, which has since been demolished, to store some of their public works vehicles, the building no longer had running water and bathrooms, the electricity only covered a small portion of the building and the heating system was barely functional.

“The building we had was too unsafe to use,” Michaud said. “The workers would get filthy throughout the day because they had no access to water and the electricity no longer worked in most of the building. With the new building we’ll have showers, first aid kits and an eye water station for safety preparedness.”

The new 5,000 square-foot, two-story facility will house public works equipment and vehicles and the tribe’s school bus and include office space for tribal programs such as transportation, housing and social services, which includes emergency assistance, general assistance and a food bank. Each level will be 2,500 square feet and divided into vehicle and equipment storage on the ground level and three office spaces and other program storage on the second level.

Other funds from the grant will be used to upgrade Summit Drive, which provides access to the public works site, and create a paved parking area. Construction for the public works building will begin in spring 2018.

Michaud added that housing the assistance programs in one location will allow for better client confidentiality.

“Our coordinator for those programs is in the administrative office right now, which means her clients have to come in the front door,” Michaud said. “The new building will have a private entrance that they can go in and out of.”

The public works building is one step of many that the Micmacs have initiated as part of a five-year strategic plan that they established in 2013. That year the tribe’s administrative staff held a meeting in which community members shared suggestions on how they could improve infrastructure and create more economic growth and public health awareness.

Many community members suggested updating and restoring the tribe’s housing units. The Micmacs own 57 homes in their Presque Isle community that were built in the 1950s and needed extensive updates due to mold and damage to many of the roofs and windows. The tribe demolished six homes that were unfit to live in in order to build a new wellness center that was completed in August 2016.

The Micmacs plan to construct an elder’s center that will replace the six homes that were demolished and be funded through other grants that the tribe has received. Chief Edward Peter-Paul said that they have made strides toward much of the items in their strategic plan, including efforts to create more jobs in their community.  Many Micmac community members have worked as construction crew members during the building of new facilities.liz

“We’ve moved forward with a lot of the goals that were on our first strategic plan and we’re going to meet in the spring again to create a plan for the next five years,” Peter-Paul said. “The overall mission is to make our community safer and more physically appealing.” 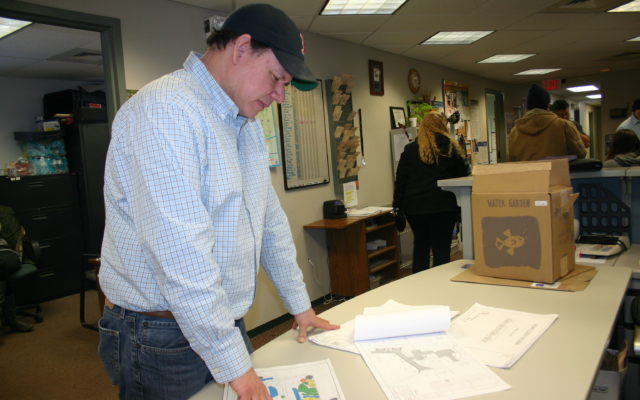 Aroostook Band of Micmacs Chief Edward Peter-Paul looks over a map showing where the tribe’s new public works facility will be located. The Micmacs recently received a $590,000 grant the United States Department of Agriculture that will allow them to replace a 1950s-era facility that they had to demolish due to unsafe working conditions. The new facility will be completed in fall 2018. (Melissa Lizotte)