By LARRY ROBINSON
LROBINSON@OGD.COM
Item 1 of 2 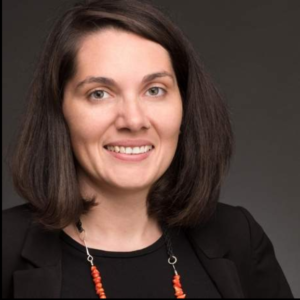 PHOTO PROVIDED
Margaret Jacobs, an Ogdensburg native and a member of the St. Regis Mohawk Tribe has been recognized for her artistic contributions to both the New England region and to the nation. She is a graduate of Dartsmouth and a 2004 graduate of Ogdensburg Free Academy. 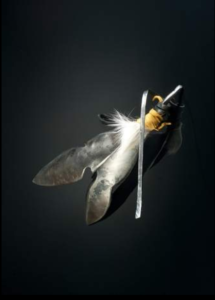 A piece of jewelry created by Ogdensburg native Margaret Jacobs.

OGDENSBURG — An Ogdensburg native who now lives in New Hampshire has been honored by the New England Foundation of the Arts for contributing to the enrichment of the cultural landscape of New England and the nation.

Margaret E. Jacobs, a jewelry maker and sculptor, was born in Ogdensburg and is a registered member of the St. Regis Mohawk Tribe. After high school, she attended Dartmouth College, where she majored in visual arts and received the school’s prestigious Perspectives on Design award.

Ms. Jacobs is known for her sculpture, jewelry and drawings. She uses all three approaches to explore the tension and harmony between natural and man-made elements, often intermingling contradicting materials to explore those relationships, according to art officials.

Ms. Jacobs will return to the north country next month, when she will serve as the artist in residence at the Frederic Remington Museum in Ogdensburg.

In a statement, Ms. Jacobs said she believes objects themselves have the power to relay narratives. And she says she has always been a natural storyteller.

“From early on, storytelling and making have been an integral part of my life and I see my family’s lineage built into my work,” she said. “I am interested in exploring the tension and harmony between man-made objects and those occurring in nature.”

Ms. Jacobs said the materials she chooses to use are often her best inspiration.

“I’m drawn to elements that have a combination of textures or can be used to make a combination of textures and surfaces,” Ms. Jacobs said. “For this reason, I primarily use metal in my work — steel in my sculpture and powder-coated brass in my jewelry. I find metal is an incredibly versatile material that lends strength and visual weight to the work, but can also be worked so that it is organic and delicate.”

Ms. Jacobs graduated in 2004 from Ogdensburg Free Academy before heading to Dartmouth. She is the daughter of Mark and Eleanor Jacobs of Ogdensburg.

Ms. Jacobs said her Native American heritage is also a major influence on her art.

“As a member of the St. Regis Mohawk Tribe, my culture inspires me to create pieces charged with power, strength, and beauty and in turn, I believe my work celebrates indigenous culture with a bold, powerful aesthetic,” she said.

Ms. Jacobs is one of three artists being honored with the accolade in 2018. The honor carries a financial award of $3,000 to be used for professional development.

Also honored this year were Toto Kisaku, an award-winning Congolese playwright, actor, director and producer now residing in Connecticut; and Arien Wilkerson, a choreographer and movement, video and installation artist, in Hartford, Conn.

The Rebecca Blunk Fund of the New England Foundation for the Arts was established in memory of its executive director who stepped down March 1, 2014 for health and personal reasons and died June 22 of that year. The fund celebrates her 29 years of service to the foundation.