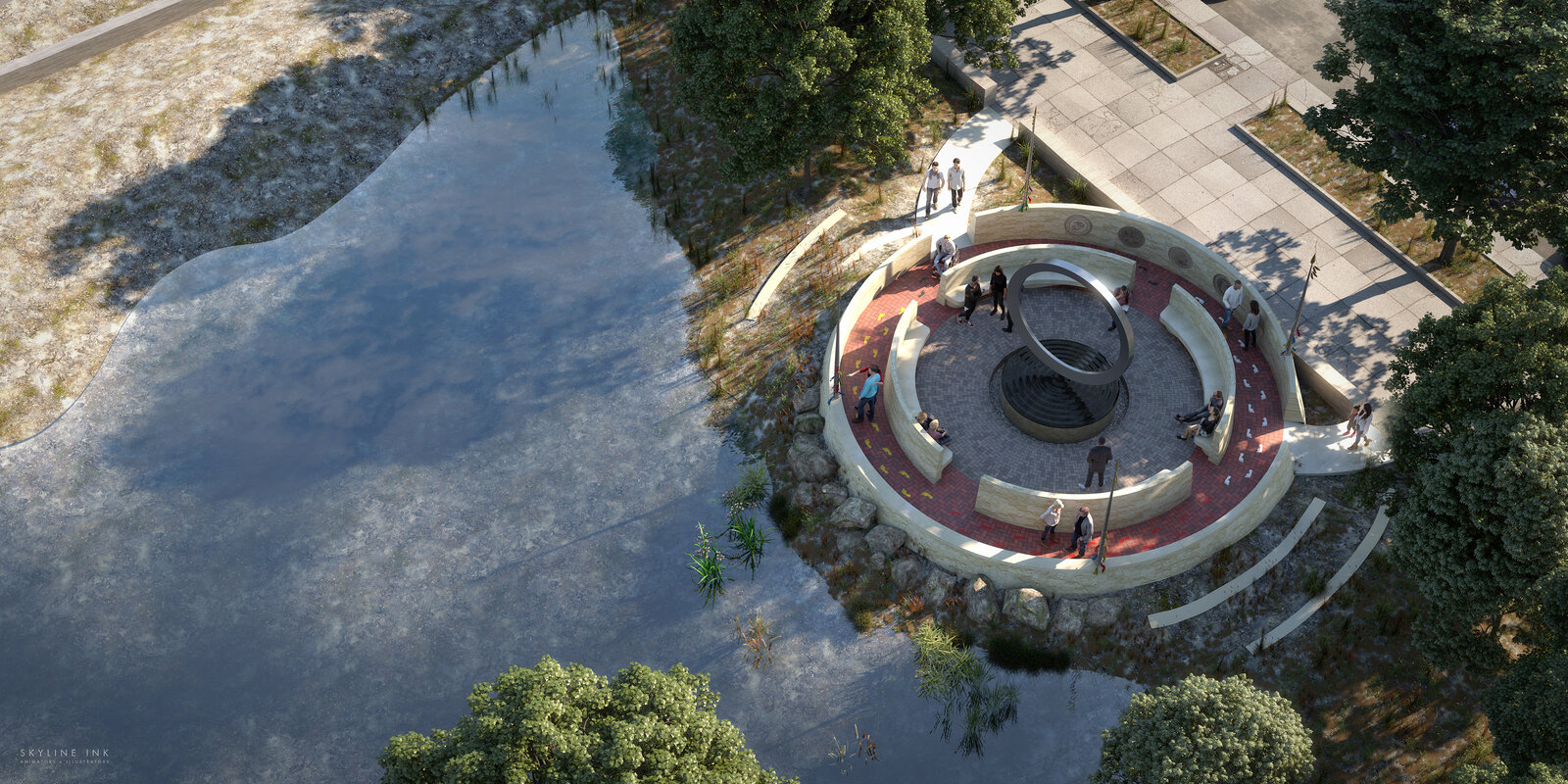 The National Museum of the American Indian announced its winning design for the National Native American Veterans Memorial.

National Museum of the American Indian

The Smithsonian’s National Museum of the American Indian has announced the winning concept for the National Native American Veterans Memorial: Multimedia artist Harvey Pratt’s Warriors’ Circle of Honor will incorporate a large, upright stainless steel circle set above a stone drum in the center of a circular walkway with intricate carvings of the five military seals. 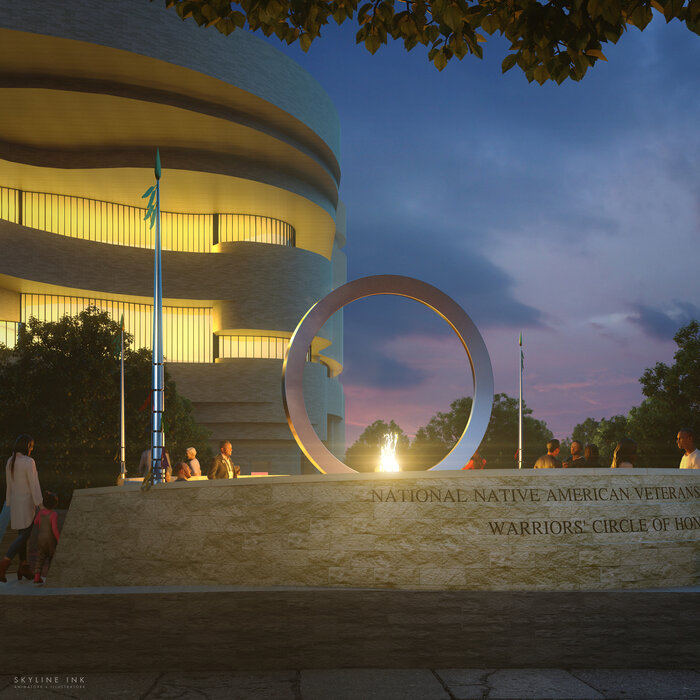 National Museum of the American Indian

The memorial will sit on the National Mall in Washington, D.C., and Pratt envisions that from there will be a clear view of the U.S. Capitol’s dome. As Smithsonian.com has reported, Pratt’s use of circles suggest “the cycle of life and death, and the continuity of all things.” The stone drum, it adds, symbolizes an invitation for people to “harmonize their experiences” with one another to the “silent rhythms” of the drumbeat.

Pratt was born in Guthrie, Okla., and is a citizen of the Cheyenne and Arapaho nations. He’s a veteran of the Marine Corps and served in Vietnam from 1962 to 1965. He also worked as a forensic artist for years, creating witness description drawings for law enforcement.

Pratt tells NPR’s Mary Louise Kelly that he hopes his design will function as an architectural piece rather than just a work of sculpture — something that people can become a part of.

He says he can picture people taking a seat on the benches tucked into the drum fountain, and reflecting on their own experiences with the military. He also hopes that it might be a cathartic place for some veterans.

“Most nations have veterans tell stories about what they did,” Pratt says. “People can come in there and do that and be comforted, and get rid of some things that are on their minds that bother them.”

The memorial was selected unanimously by an eight-person jury of Native and non-Native artists, designers, museum directors and veterans. It acknowledges the history and service of American Indian, Alaska Native and Native Hawaiian veterans, according to the museum’s director, Kevin Gover, who is a citizen of the Pawnee Tribe of Oklahoma.

Gover says that throughout the process of helping plan the memorial, he’s met thousands Native American veterans who have demonstrated over and over their commitment to the U.S.

“These veterans are perfectly aware that they are serving a country that had not kept its commitments to Native people, and yet they chose — and are still choosing — to serve,” Gover says. “This reflects a very deep kind of patriotism. I can think of no finer example of service to the United States and the promise it holds.”

“I want it to be a place of healing and comfort, and a place that’s hopefully going to be built on love,” Pratt says.