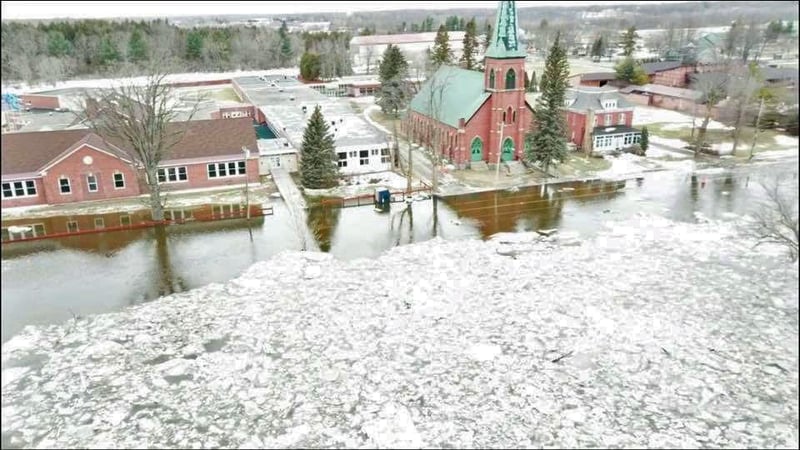 Last week, officials declared a state of emergency after ice jams caused flooding and power outages and prompted 100 people to evacuate their homes.

On Monday, the Hogansburg Akwesasne Volunteer Fire Department began going into houses affected by the flooding to perform home assessments.

Due to flooding near the St. Regis Mohawk Elementary School, students and staff have been relocated to the Salmon River Elementary campus for the coming week.

Residents in need of sandbags can pick them up for free anytime from the right-side of the tribe’s maintenance building.