It’s been more than a century since the Wounded Knee massacre and the Battle of Little Bighorn, but both of these notorious conflicts were thrust into a national conversation about Native Americans and race following President Trump’s Sunday night tweet directed at Senator Elizabeth Warren.

Mr. Trump, responding to a Q. and A. that Ms. Warren posted on Instagram Live a couple of weeks ago, used a line referring to Wounded Knee and Bighorn that mocked Ms. Warren’s claims of Native American heritage.

In Ms. Warren’s video, posted on Dec. 31, the same day she entered the 2020 race for president, she drank a beer in her kitchen and complimented her husband, who made a brief cameo.

Mr. Trump, who has repeatedly referred to Ms. Warren as “Pocahontas,” did so again on Twitter on Sunday, then took it a step further, writing that if Ms. Warren “did this commercial from Bighorn or Wounded Knee instead of her kitchen, with her husband dressed in full Indian garb, it would have been a smash!” 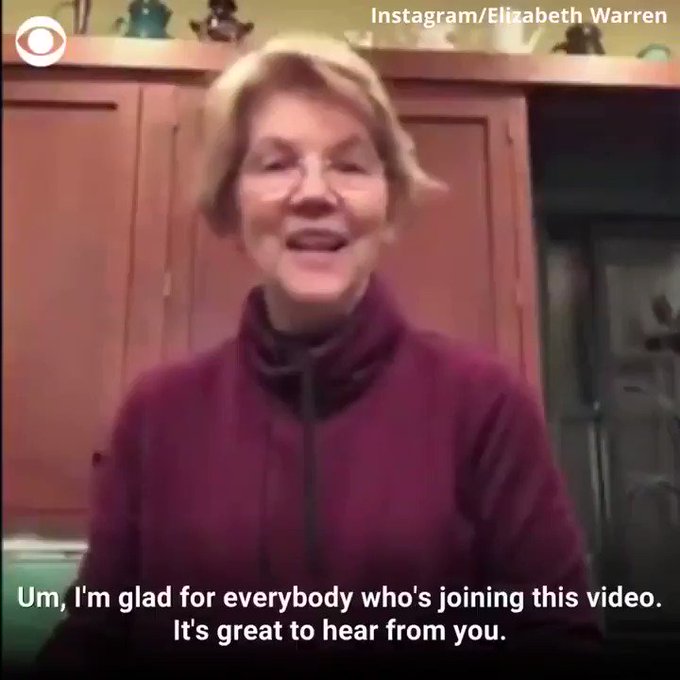 If Elizabeth Warren, often referred to by me as Pocahontas, did this commercial from Bighorn or Wounded Knee instead of her kitchen, with her husband dressed in full Indian garb, it would have been a smash!

62.8K people are talking about this

“+300 of my people were massacred at Wounded Knee,” the writer and tribal lawyer Ruth H. Hopkins, who is Sioux, said on Twitter. “Most were women and children. This isn’t funny, it’s cold, callous, and just plain racist.”

Ms. Hopkins said in an interview on Monday that the trauma of the massacre hasn’t been erased by time.

“It happened in 1890; it’s not so far removed. Those killed are peoples’ grandparents and great-grandparents,” she said. “It’s further compounded by the fact that the soldiers who murdered Lakota at Wounded Knee received medals of honor for it and those medals have never been rescinded.”

Storm Reyes, 69, who is Coast Salish and lives on a reservation in Washington State, said on Monday that Wounded Knee and other such massacres are deeply ingrained in the memories of Native Americans.

“As a Native, Trump’s tweet was equivalent to making a ‘joke’ about 9/11, Pearl Harbor or the Holocaust,” she said. “I found it awful that not only did Trump use this tragedy as a joke, weapon and insult, but that his ignorance of American history is so great that he didn’t even know that Wounded Knee was a massacre and not a battle.”

In a statement, Jefferson Keel, the president of the National Congress of American Indians, condemned, “in the strongest possible terms, the casual and callous use of these events as part of a political attack.”

“Hundreds of Lakota, Cheyenne, and Arapaho people lost their lives at the hands of the invading U.S. Army during these events,” he said, “and their memories should not be desecrated as a rhetorical punch line.”

For those who could use a history refresher, some context:

What happened during the Wounded Knee massacre?

The Wounded Knee massacre, one of the deadliest attacks on Native American people by the United States military, took place on Dec. 29, 1890. It is estimated that hundreds of Sioux Indians — men, women and children — were killed by the Seventh Cavalry on the Pine Ridge Indian Reservation in southwestern South Dakota.

By the late 1800s the buffalo population had been slaughtered and the Lakotas’ homelands had been reduced, confined to reservations “where life was hard and food was scarce,” Mark Hirsch, a historian at the Smithsonian’s National Museum of the American Indian, wrote in 2015, ahead of the 125th anniversary of the massacre. A new religious movement called the Ghost Dance had spread across Sioux Country; it was thought to help revive the Native American way of life, but it was perceived as a threat by the United States government.

Soldiers tried to arrest the Lakota Sioux Chief Sitting Bull, and ended up killing him. Tensions grew. According to Mr. Hirsch’s account, Chief Big Foot, leader of the Minneconjou Lakota, led his people more than 200 miles toward the Pine Ridge Reservation, where another chief had invited them to seek refuge. But they were intercepted by troops who escorted them to Wounded Knee Creek. The next day, Big Foot’s people were asked to surrender their weapons. A gun suddenly fired, and the soldiers started shooting. Around 300 Sioux are estimated to have died.

Congress apologized to the victims 100 years later in a resolution that expressed “deep regret” but did not provide any reparations to the descendants or declare the remote site a national monument.

What was the Battle of Little Bighorn?

Mr. Trump also referenced “Bighorn,” the Battle of Little Bighorn, which was fought on June 25, 1876, in what is now Montana. At the time, the federal government was forcing tribes to move to reservations. When several tribes did not leave their land, Lt. Col. George Armstrong Custer and his troops were dispatched to attack. During the battle, General Custer’s troops were outnumbered by Lakota Sioux and Cheyenne warriors in what became known as Custer’s Last Stand.

In the book “The Killing of Crazy Horse,” the reporter Thomas Powers wrote: “The fighting was intense, bloody, at times hand to hand. Men died by knife and club as well as by gunfire.” More than 200 of Custer’s troops died.

Why is Ms. Warren’s ancestry in the news?

Ms. Warren and Mr. Trump have a history of trading barbs, particularly during the 2016 election — but his references to her ethnic heritage, especially his taunts labeling her as “Pocahontas,” have drawn the most attention.

Last year Ms. Warren released the results of a DNA test that she said provided proof of her ancestry. It found that she most likely had one Native American ancestor six to 10 generations ago.

Instead of neutralizing her critics, the test further inflamed criticism that she was trying to equate DNA results with cultural kinship.

In October, a member of the Cherokee Nation condemned Ms. Warren’s analysis in a statement.

But not all Native American leaders were upset about Ms. Warren’s DNA test.

Richard Sneed, the principal chief of the Eastern Band of Cherokee Indians, told HuffPost that Ms. Warren had always been a friend to tribes, “and we need all the allies we can get.”

Mr. Trump tweeted twice about Ms. Warren on Sunday. The first tweet referred to Wounded Knee and Bighorn, then, nearly 10 minutes later, Mr. Trump labeled her Instagram video “the Elizabeth Warren beer catastrophe,” and said the best line she delivered was when she told her husband: “Thank you for being here. I’m glad you’re here.”

“It’s their house, he’s supposed to be there!” Mr. Trump tweeted.

Critics of the president suggested the tweets provided a distraction from the partial government shutdown (which is now the longest ever), the increased scrutiny of his relationship with Russia and Ms. Warren’s presidential bid.

As of Monday evening, Ms. Warren had not directly responded to Mr. Trump’s taunts on social media, focusing instead on the shutdown entering its 24th day.

“How many more before Republicans stop crushing working families and reopen the government?” she wrote on Twitter. “Time to end this.”