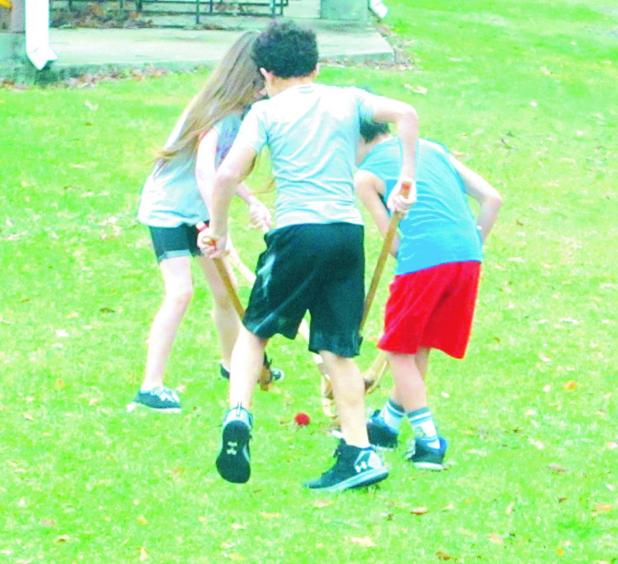 Before there was a Super Bowl, there were large sporting events that attracted thousands of spectators to watch their favorite team take on their hated archrivals. Native American stickball — called lacrosse up north — is believed to be the first organized team sport in North America.

While it was once a centerpiece of the Native American community, it has lost its importance in recent generations.

The Tunica-Biloxi Language & Culture Revitalization Program (LCRP) hopes to turn that trend around with its annual Stickball Clinic & Exhibition event for children ages 10 -16.

The fourth edition of this event will be held from 9 a.m. to 1 p.m. Saturday, Feb. 9, on the Chief Joseph A. Pierite Pow Wow Grounds, located behind the tribe’s Cultural & Educational Research Center on the Tunica-Biloxi Reservation.

LCRP Director John Barbry said the clinic is open to tribal and non-tribal members of the community.

There is no registration fee for tribal children. There is a $10 fee for non-tribal participants.

The public is welcome and encouraged to attend and view the exhibition free of charge. Parent(s) must accompany children participating in the clinic.

Players from the Alabama-Coushatta stickball team of Livingston, Texas, will teach basic skills and rules of the game. They will also instruct young stickballers on safety precautions for a game that once served as military training for Native American warriors.

After the training part of the event, the Alabama-Coushatta team will play an exhibition game among its team members and then support clinic participants in playing scrimmage games to practice what they were taught.

Scrimmage teams will be based on the size of the youngsters.Following the clinic and games, LCRP will host a cookout for participants.

The first written record of stickball did not occur until the mid-1600’s, but there is other evidence that the game had been developed and played hundreds of years before Europeans “discovered” the game.

Stickball was especially popular among Southeastern Indian tribes, including the Tunica-Biloxi.

Lacrosse is a similar game that was played by tribes in the northern U.S. and Canada and has gathered limited popularity in some areas of the nation with high school, college and even professional teams drawing crowds of fans.

Stickball was played by Southern tribes through the mid-20th century, when it gradually started to disappear.

Choctaw communities in Mississippi, Coushatta in Louisiana and the Alabama-Coushatta of Texas still have active stickball programs.

MORE THAN A GAME

Stickball was more than just a game in the Native American tribe. It was a way to build the body and the spirit through exercise by all age groups—children, youth and adults. LIike games in many other cultures — Greek, Roman, Celtic — stickball has its roots in tests of strength and sport that reinforced group cooperation and sharpened survival skills in often hostile environments. For warriors, the game helped maintain their combat skills during peacetime.

Now the need is not to keep combat skills honed, but to try to offset the effects of today’s sedentary lifestyle and “reawaken interest in physical activity, especially among Native American youth,” Barbry said.

“Promoting stickball could once again become an important part of improving the health and well-being of the Tunica-Biloxi people,” he added.

Reminding its youth and the non-tribal community about the traditional sporting event is just one example of the tribe’s efforts to preserve and revitalize traditional life-ways.