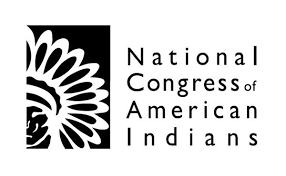 Tribal Leaders and Congressional Members Convene For Tribal Unity Impact Days
WASHINGTON, D.C. | Today, the National Congress of American Indians (NCAI) and co-sponsors kicked off a two-day event, Tribal Unity Impact Days, on Capitol Hill with tribal leaders and key members of Congress.
This event began with a morning briefing in the Dirksen Senate Office Building that provided tribal leaders with an opportunity to engage with Congressional members on critical issues affecting Indian Country. Top issues included the 2018 Farm Bill, the Department of the Interior Reorganization, the Violence Against Women Act Reauthorization, the Victims of Crime Act, opioids legislation, cultural protections, appropriations, water resources, and self-governance.
This year’s co-sponsors include the Affiliated Tribes of Northwest Indians, the Alaska Federation of Natives, the California Association of Tribal Governments, the Great Plains Tribal Chairman’s Association, the Inter Tribal Association of Arizona, the Rocky Mountain Tribal Leaders Council, the United South and Eastern Tribes Sovereignty Protection Fund, and the United Tribes of Michigan.
“As tribal nations, these conversations with members of Congress are critical to strengthening our relationship with the federal government and essential to advancing policies that assure the prosperity of the communities we serve,” said the Affiliated Tribes of Northwest Indians.
“The Alaska Federation of Natives appreciates the leadership of NCAI for providing opportunities to engage in constructive dialogue on the most pressing issues,” said the Alaska Federation of Natives. “We appreciate the Congressional members and staff for sharing their valuable time and listening.”
“California Tribes value the focus on essential issues, the effective advocacy, and access to key decision-makers delivered by the National Congress of American Indians in partnership with regional inter-tribal associations,” said Will Micklin, Executive Director of the California Association of Tribal Government.
“As people and tribal lands are affected by decisions made by the federal government, we appreciate the opportunity to express our concerns and challenges to Congress and the federal government,” said the Great Plains Tribal Chairman’s Association. “There are promises made in our treaties that need to be kept as well as the recognition of our sovereignty.”
“Tribal nations advocating collectively sends a strong, unified message regarding improved access to quality healthcare, education and economic opportunities,” said Maria Dadgar, Executive Director of the Inter Tribal Association of Arizona. “This opportunity gives us the chance to advocate for needed solutions regarding issues affecting tribal nations in Arizona and all throughout Indian Country.”
“There are 573 federally recognized tribal nations, and each tribal nation has unique situations that need to be addressed with solutions adapted to their needs,” said Jefferson Keel, President of NCAI.
“These meetings help facilitate the ongoing interactions between tribal nations and Congressional members.”
“The Rocky Mountain Tribal Leaders’ Council always welcomes this opportunity to engage our Congressional leaders and discuss the needs of Indian tribes, especially large land based tribes, our treaty rights, tribal sovereignty and our determination to achieve lasting social and economic self-sufficiency,” said the Rocky Mountain Tribal Leaders Council. “Through these critical and important consultations, solutions are achieved and vital needs are met for the people of our communities.”
“Throughout the course of our story, Indian Country has faced numerous challenges which we have ultimately overcome,” said Kirk Francis, President of the United South and Eastern Tribes Sovereignty Protection Fund. “Today, old and new challenges still confront us. However, I am convinced that we will not only persevere once again, but we will further grow and flourish, as long as we remain unified in our efforts to protect and promote our collective inherent sovereign authorities and rights. Today’s morning briefing serves as a reminder that our voices must be strong, our actions must be authentic and passionate, and we must demand honesty, respect, justice, and accountability as part of our Nation-to-Nation diplomatic relations with the United States.”
“Tribal nations from across this country come together to advocate and tell our stories to help our communities at Tribal Unity Impact Days,” said Frank Ettawageshik, Executive Director of the United Tribes of Michigan. “It’s an opportunity to advance our tribal nationhood to members of Congress.”
Additional event details for Tribal Unity Impact Days can be found here. Please contact NCAI Communications Associate Erin Weldon at NCAIpress@ncai.org with any press inquiries.