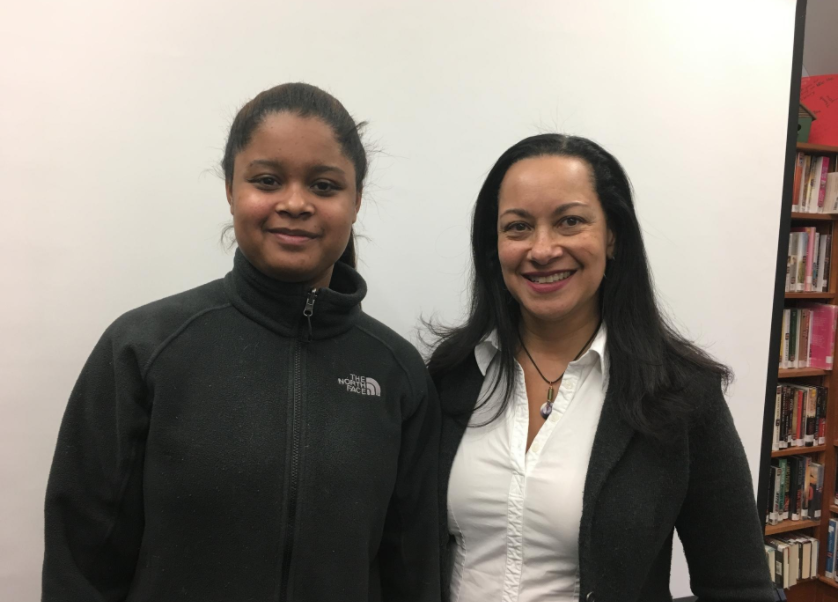 On March 10 the Marstons Mills Historical Society and the Marstons Mills Public Library hosted a presentation at the library about the Wôpanâak Language Reclamation Project, which included a showing of the 2010 film “We Still Live Here: As Nutayuneân” by filmmaker Anne Makepeace.

The film chronicles the revival of the Wampanoag language. Judi Urquhart, the project’s business manager, gave a brief introduction to the project before presenting the film.

The Wôpanâak Language Reclamation Project began in 1993, thanks to the work of Jessie “little doe” Baird, a citizen of the Mashpee Tribe of the Wampanoag Nation. Baird is the recipient of a MacArthur Foundation “Genius Grant” and an honorary doctorate degree from Yale for her efforts. Urquhart said the project is modeled after a Hawaiian language reclamation project started in the early 1980s, which is the most successful of its kind to date — today, there are hundreds of thousands of Hawaiian language speakers. Many Hawaiian schools have immersion programs, where students are taught in Hawaiian and speak the language throughout the school day.

Following in the footsteps of the Hawaiian model, the Mashpee Wampanoag Tribe opened an “immersion nest” preschool in their community. Children ages 3-5 attend the preschool from 8:30 a.m. until 3:30 p.m. and are taught solely in Wampanoag by those fluent in the language who learned from Baird. The preschool is in its second year.

Also, for the first time in history, students at Mashpee High School can now take Wampanoag I to fulfill their language requirement. The class was just incorporated into the school’s world language program this school year (2017-2018).

Urquhart’s daughter, Alyssa Harris, is in the class, which is taught by Melanie Roderick, who learned from Baird. Harris says there are six students, including herself, in the class.

Urquhart said the Barnstable district has also expressed interested in having the Wampanoag language taught in its schools. “But right now, we only have the resources for Mashpee,” she said.

In the case of Hawaiian, it was through the elders, the last living speakers of the language, that the language was able to be brought back. For the Wampanoag project, a different approach was needed — the last native speaker of Wampanoag died an estimated 150 years ago.

“A linguist would have said it’s not possible to bring back Wampanoag. But here we are,” said Urquhart.

“We Still Live Here: As Nutayaneân” tells the story of Baird’s journey. It began when Baird had a series of dreams, in which she encountered people speaking a strange language — her ancestors. It was due to street signs on the Cape that utilize Wampanoag names that Baird realized her ancestors were speaking to her in Wampanoag. In one dream, she was urged to ask members of the Mashpee and Aquinnah Wampanoag tribes if they wished to see their language restored.

Baird obtained a research grant from Massachusetts Institute of Technology (she had been working in human services and had never had any formal training in linguistics) and studied under the late linguist Ken Hale, known for having spoken at least 50 languages. Fortunately, numerous documents exist that are written in Wampanoag, including the first Bible ever published in the Western Hemisphere. Through the Bible and other recorded documents, Baird began to bring the language out of hiding. She was later accepted into the master’s program in linguistics at MIT. In 2010 she was given a grant to teach the language to three people as a full-time job — the beginnings of the Wampanoag language revival.

Baird made an appearance at the library presentation with her daughter, Mae Alice Baird, who is 14 and attends Tisbury schools. Baird raised Mae with Wampanoag as her first language. Thus, Mae is the first native speaker of the language in 150 years.

A prophecy said that the language would be brought back in seven generations. The seventh generation begins with Mae.

For more info on the project, visit www.wlrp.org.