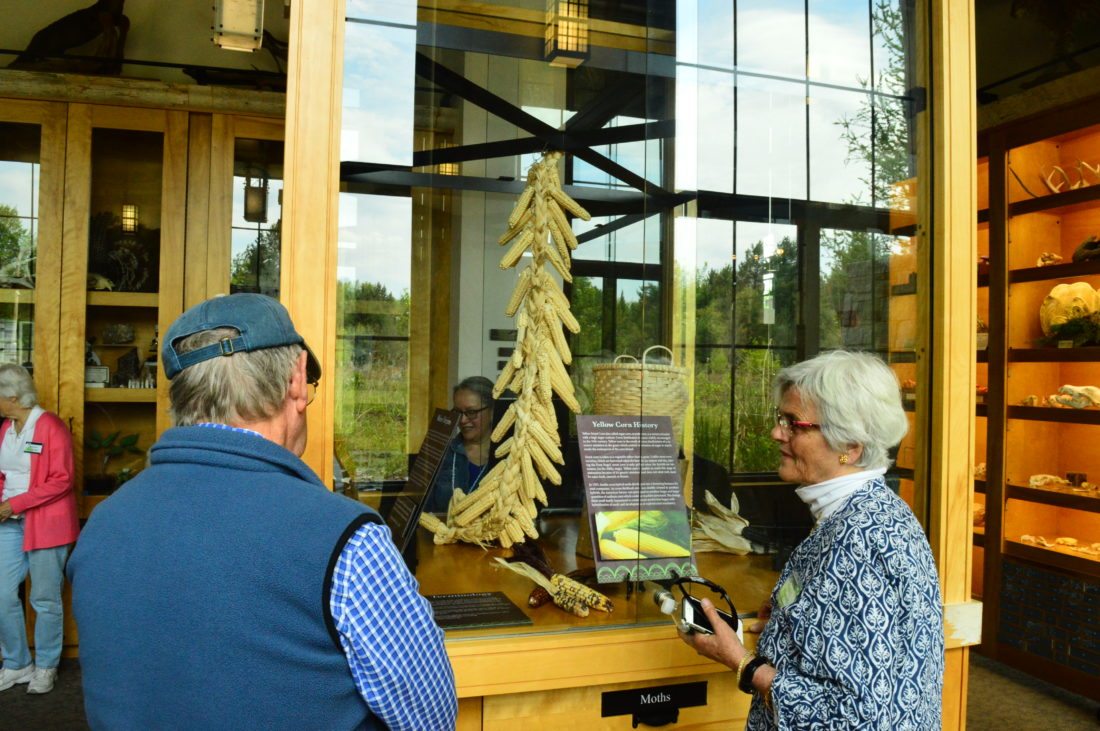 The exhibits, titled “Ways of Knowing,” showcase the lives, customs and beliefs of the area’s native neighbors, and highlight human connection with nature, responsible use of natural resources and nature-based art forms.

The first addition visitors will encounter on their clock-wise walk through the museum are elegant renderings of wildlife and plant life around the marsh area, which houses fish, turtles and other animals. Artist David Kanietakeron Fadden said it was his favorite spot in the museum but the sharp edges of the ceiling and support beams did not match the natural environment the animals were typically seen in.

Using a new medium, Fadden painted a night sky on fabric stretched over the pond, illustrating lightning, the moon and the Milky Way, which Mohawk legend tells is where the deceased walk after death, picking strawberries along the way.

Ever since Fadden was found by his mother, drawing on the walls behind their couch when he was 3 years old, he has been creating images of old and modern Native American life. Opposite the pond, visitors can walk inside a basket, the woven sides rising up to the ceiling and stretching overhead. 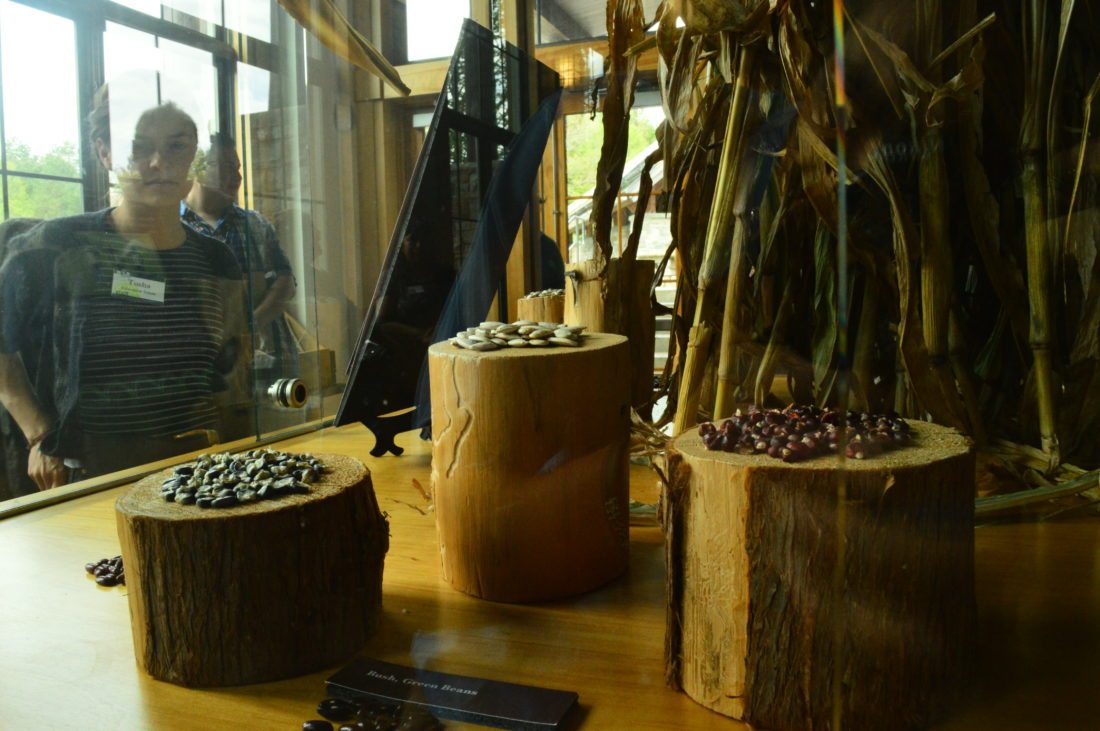 A Wild Center visitor looks at a cornstalk at one of the museum’s new exhibits, “Sacred Foods.” The vegetable is one of three symbiotic plants known as the “three sisters.” The other two — beans and squash — provide nitrogen and protection for the corn, respectively. (Enterprise photo — Aaron Cerbone)

Fadden said he painted this side as a basket because the art form is endangered by the spread of the emerald ash borers, which have killed millions of ash trees in North America. The craft, dating back thousands of years, is a beautiful and functional part of native life, and the product is on display in the final addition on the tour: “Roots of Wisdom: Native Knowledge. Shared Science.”

The exhibit is actually one from the Oregon Museum of Science and Industry, traveling across the nation to share western Native American interpretations of nature.

In a large room at the center of the museum, tucked away in a corner to the right of the entrance, four woven items sit in a glass container. Two are baskets, one is a thimble and another, a scissor holder.

The idea for the exhibit came from 12 Native American children recruited by Sue Ellen Herne, the program coordinator for the Akwesasne Cultural Center Museum near the northern New York border with Canada. The kids developed the traveling exhibit over two years, showing the past and future of basket making and telling the story of how the trade is passed down from generation to generation.

An ornate “birds beak” basket made by Mary Adams, of Ontario Canada, tells the whole story. Adams was born into poverty in the 1920s and after observing her aunt weave, began creating her own and selling them to support her and her brother. Much like how her ancestors traded the baskets for supplies from Europeans, she turned the craft into a business, and created a name for her decorative and functional pieces.

A fully-mechanical diorama of a river, with one side stocked with River Cane, and the other bare, can be operated by turning a crank, emptying ping pong balls that represent water into the hole-filled terrain. When the River Cane side is dumped on, some of the balls make their way to the riverbed, but most are stopped by the cane and “absorbed” into the shore, but when the balls are released over the bare side, the majority wind up in the stream.

The “Naturalists Cabinet” between the marsh and “Roots of Wisdom” has a display of the “three sisters:” corn, beans and squash. These three vegetables are grown together and demonstrate how, if properly used, nature can be used to make the growing process easier and more profitable. The beans produce nitrogen for the corn, and the squash protect the mounds from weeds.

A “three sisters” garden will be planted in the green area outside the back of the museum later this week.

With new art, food and stories at the Wild Center, there is more to learn about the natural world, and ways to reinterpret what is already known through a native lens.